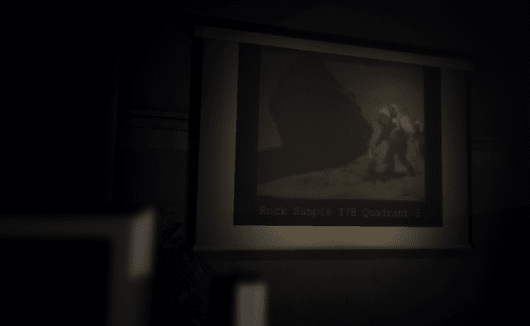 NASA is kind of known for having a clean and orderly workplace - so when the recently-released teaser trailers for Quadrant by HKFiftyOne Games shows light fixtures swinging from the ceiling, overturned desks and blood stains smeared across the floor, we suspect something might be amiss.

Quadrant is an indie horror game that places players in a 1979 NASA facility on lockdown after a mission to the moon brings something decidedly unfriendly back. It seems the events that transpire in the game happen following a fictional post-Apollo 17 trip, judging by a note on the game's website. It reads in part, "After a four year marathon of six manned missions, here we are again, seven years later. And for what? But they must have known something we didn't, if only they would have known how to contain it when it arrived back home."

HKFiftyOne Games seem to be big fans of horror - their previous games include Imbalance and Cold Fusion. Quadrant is slated to release for PC and Mac in August this year.
Via: Polygon
Source: Quadrant
In this article: hkfiftyone-games, horror, indie, mac, nasa, pc, quadrant
All products recommended by Engadget are selected by our editorial team, independent of our parent company. Some of our stories include affiliate links. If you buy something through one of these links, we may earn an affiliate commission.