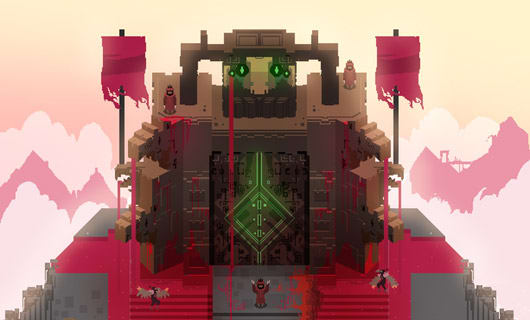 While the full version of Hyper Light Drifter was originally set to launch in June, Heart Machine has since decided to scale up the game in response to an unexpected outpouring of backer support. Pitched as a modest project developed by a team of two with a funding goal of $27,000, Hyper Light Drifter ended up earning more than $645,000 over the course of its Kickstarter campaign. Developer Alex Preston explains that the project evolved as a result, demanding "polish and finesse that I was not originally afforded."

Hyper Light Drifter is now set to launch for Windows via Steam in December. Ports for Linux, Mac OSX, PlayStation 4, PS Vita, Wii U, and Ouya will be released in the months afterward.
[Image: Heart Machine]
Via: RPS
Source: Kickstarter
In this article: heart-machine, hyper-light-drifter, mac, nintendo, ouya, pc, playstation, playstation-vita, ps4, vita, wii-u
All products recommended by Engadget are selected by our editorial team, independent of our parent company. Some of our stories include affiliate links. If you buy something through one of these links, we may earn an affiliate commission.