Reddit lists all political ads and spending in a special subreddit 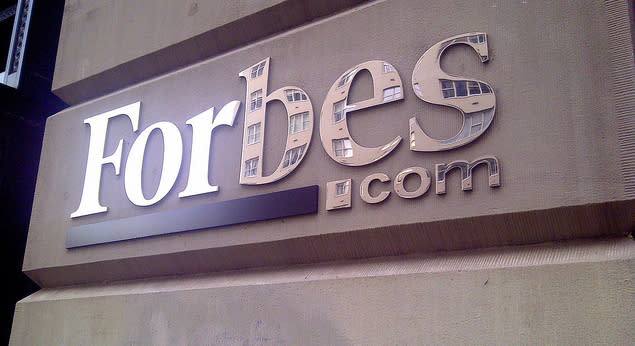 Having already targeted several big name news organizations, the Syrian Electronic Army has hit another, this time publishing a reported one million user credentials from business site Forbes.com. Re/code reports that the group posted various messages to its Twitter account claiming responsibility for the attack, sharing a screenshot of the site's publishing system and indicating it accessed a Forbes employee's accounts in order to do so. Forbes, meanwhile, has confirmed the compromise, prompting users to change their passwords and be on their guard for a potential increase in targeted phishing attacks. While passwords were hashed (not stored in plain text), they may not be safe from enterprising third parties. The site has since returned to normal, but the company says it's in contact with law enforcement to identify exactly what happened. Between this and the recent Kickstarter hack, it's been a lousy few days for database administrators.

@Forbes can thank @TheAlexKnapp for this hack. #SEA

[Image credit: larrison, Flickr]
In this article: database, forbes, hack, passwords, security, syrianelectronicarmy, usernames
All products recommended by Engadget are selected by our editorial team, independent of our parent company. Some of our stories include affiliate links. If you buy something through one of these links, we may earn an affiliate commission.