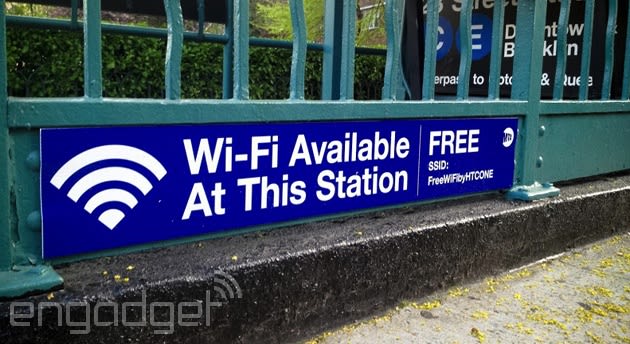 New Yorkers won't have to wait long to get internet access at some of the biggest commuting hubs in their fair city -- Transit Wireless has started the second phase of its subway wireless rollout. The initial construction will bring cellular and WiFi access to 11 subway stations in midtown Manhattan, including the all-important Grand Central Terminal. Those in the borough of Queens, meanwhile, should start seeing underground coverage in March. When the current phase wraps up in June, the expanded service should give internet access to about 250 million riders per year. That's no mean feat when even some of the bigger public WiFi projects have much smaller potential audiences.

Source: Transit Wireless
In this article: grandcentral, grandcentralterminal, mobilepostcross, mta, newyorkcity, nyc, queens, subway, transitwireless, wifi, wireless
All products recommended by Engadget are selected by our editorial team, independent of our parent company. Some of our stories include affiliate links. If you buy something through one of these links, we may earn an affiliate commission.