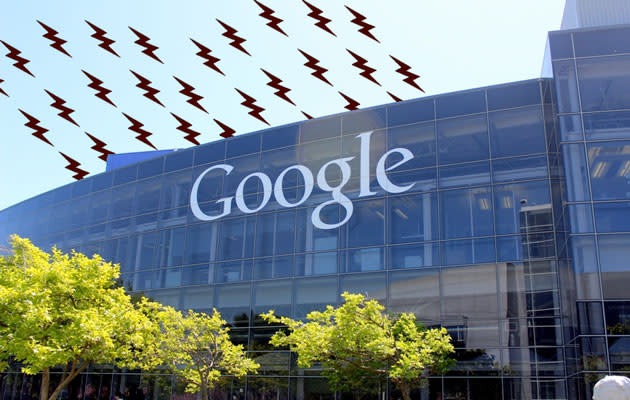 Google is working on a new WiFi app that could take a lot of the drudgery out of accessing wireless hotspots. According to our sources, the search giant has built Android and iOS versions of an app that automatically authenticate and connect to its free hotspots inside Starbucks stores or wherever they are available. Google is currently trialling the Android app at its Mountain View HQ.

For now it looks like a very limited test, and there's no definite guarantee that Google will release it officially. Nevertheless, we hear that Google has internally discussed linking the app to its rollout of faster WiFi connections to all 7,000 Starbucks stores in the US (replacing AT&T), connecting Latte-drinkers to 'Google Starbucks' hotspots with no button presses required. Currently, Starbucks customers need to find the access point, open their browser and agree to the terms and conditions. However, with Google now at the helm, existing processes could be abolished to include more encrypted access points. Google may also expand its partnership with Boingo, extending logins to locations where it's footing the bill for free wireless. The app could utilize a user's Google account and install a dedicated security certificate on their device to automatically authenticate devices when a connection is available.

It's a little known fact that Google was one of the first companies to offer free city-wide wireless internet when it launched Google WiFi in 2006. The company rolled out over 500 streetlight hotspots across Mountain View to provide access to all of its residents, but as smartphones and tablet use boomed, the network struggled to cope with demand. Users were also required to log in with a Google account to access the service. We're told that Google is working to improve connectivity in the city, and that it has specific plans to roll out Google WiFi to more locations across the US and Canada.

Speaking of which, the search giant has already donated $600,000 to equip 31 of San Francisco's public parks with free WiFi for at least two years. However, its efforts to expand beyond that have been hampered by negotiations with city authorities and a lack of spectrum. To counter the spectrum issues, Google has teamed up with Microsoft, Motorola and major cable companies to lobby the US government to free up bands for unlicensed uses. Google has said it will provide Starbucks stores with a 100x speed boost in Fiber cities like Austin, Provo and KC, and is now exploring the feasibility of deploying fiber connections in 34 US cities. That could see it expand its Google WiFi footprint significantly.

In this article: android, app, google, google wifi, ios, starbucks, wifi, wireless
All products recommended by Engadget are selected by our editorial team, independent of our parent company. Some of our stories include affiliate links. If you buy something through one of these links, we may earn an affiliate commission.