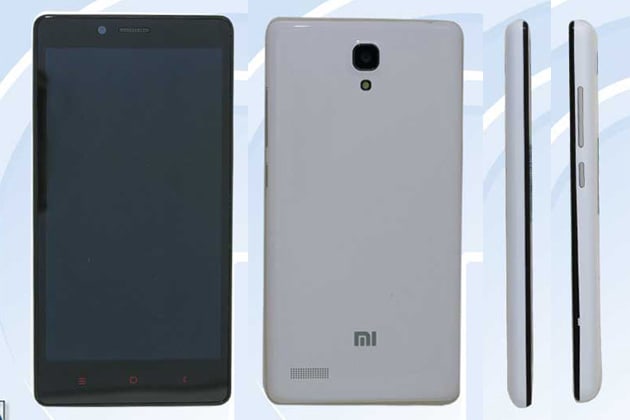 Xiaomi's sub-$130 budget line, the Redmi (previously known as Hongmi aka "Red Rice"), has been credited for accelerating the company's expansion into Taiwan, Hong Kong and Singapore, with nearby countries like Malaysia, Indonesia, and Thailand soon to be added to the list. While this is a recent development, the company's already prepping a follow-up model, according to four new listings on China's TENAA certification database. As you can see, this upcoming device is marked with red Android buttons on the front, which gives away its Redmi identity. It'll feature a 5.5-inch, 720p IPS display (a bump from the current 4.7-inch version), as well as Android 4.2.2, 1GB of RAM and an octa-core processor (our guess is MediaTek, again) coming in two versions: 1.4GHz and 1.7GHz.

As far as 3G radios are concerned, China Mobile users can pick the TD-SCDMA model, whereas folks elsewhere have the WCDMA option -- we suspect the CDMA2000 version for China Telecom will arrive later. Other goodies include a more powerful 13-megapixel main camera, a beefed-up 5-megapixel front imager (though the TENAA listing also threw in an 8-megapixel mention) and the same old microSD expansion (up to 32GB).

Alas, there's no LTE to be found here, which may give opportunity to local competitors like Huawei, Coolpad and Hisense, who are either expecting or already offering LTE phones in the sub-$130 segment in China. On the other hand, the current speculation is that Xiaomi will unveil this new Redmi at its "MiFan Festival" -- a celebration for the company's anniversary -- in early April, so there's still a small chance of seeing an LTE version pop up between now and then.

Via: Zealer (Sina Weibo)
Source: TENAA
In this article: android, certification, china, hongmi, mediatek, mobilepostcross, octa-core, phone, redmi, redrice, tenaa, xiaomi
All products recommended by Engadget are selected by our editorial team, independent of our parent company. Some of our stories include affiliate links. If you buy something through one of these links, we may earn an affiliate commission.