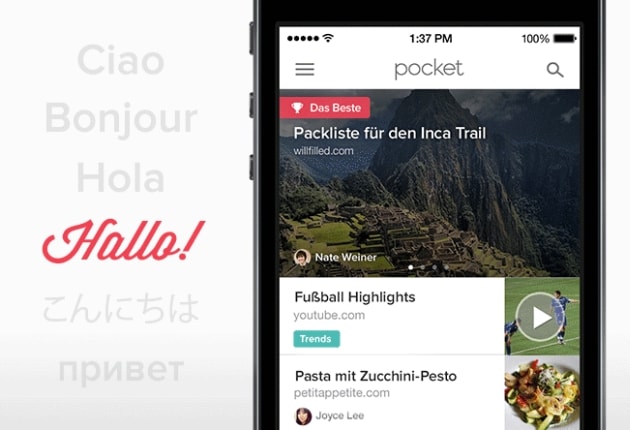 Despite how far the internet has come, it hasn't quite conquered the language barrier. The devs behind Pocket know this and have added new languages to hopefully make the delayed-reading app a bit easier to use if English isn't your native tongue. To wit, the application is now available in French, German, Italian, Japanese, Russian and Spanish. Those languages account for some 22 percent of what its users speak and, according to the company, this is just the beginning of its expansion to a broader audience. Only time will tell if that'll include Klingons, though.

Source: Pocket
In this article: android, german, IOS, japanese, language, mobilepostcross, pocket, readitlater, spanish
All products recommended by Engadget are selected by our editorial team, independent of our parent company. Some of our stories include affiliate links. If you buy something through one of these links, we may earn an affiliate commission.