Recommended Reading: The fear of TikTok 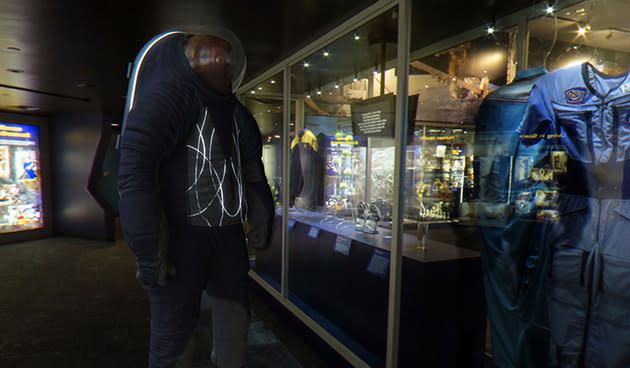 Looks like NASA wants to add more zing to its futuristic Z-series spacesuits, because the agency just revealed three far-out outer shell designs for the newest prototype. The new model (called the Z-2) is a follow-up to NASA's Buzz Lightyear-esque Z-1 spacesuit prototype, which was named one of Time Magazine's Best Inventions of 2012. There are several differences between the two, including the quality of their upper torsos: while the Z-1's is soft, the Z-2's is hard and impact resistant. Another interesting tidbit about the new suit is that its creators used 3D-printed hardware during the development and sizing phase.

Unfortunately, this doesn't mean we'll see three fancy Z-2 variants in the future. NASA plans to use only one design -- and it's giving the public the power to choose which one it is. Each concept draws inspiration from different sources, including nature and everyday life. For instance, the one called Biomimicry (pictured above) has lights that replicate the bioluminescence of deep-sea creatures and a body that's reminiscent of fish and reptile scales. "Technology" updates NASA's iconic spacesuit with electroluminescent wires and patches, while "Trends in Society" was inspired by sportswear and wearables. People can cast their votes until April 15, after which NASA will build the Z-2 with the winning outer shell. We could see the finished suit as soon as November 2014, but it still has a ways to go before it's ready -- NASA's other suit (the CSSS) will likely make it to space first. In this article: nasa, prototype, spacesuit, z-1, z-2
All products recommended by Engadget are selected by our editorial team, independent of our parent company. Some of our stories include affiliate links. If you buy something through one of these links, we may earn an affiliate commission.