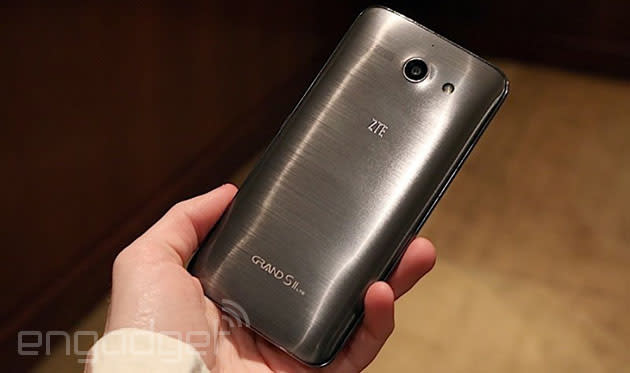 ZTE's Grand S II already looks like a pretty fine handset with its brushed metal back and Snapdragon 800/801 CPU, as we saw at its launch earlier this year. But judging by a leak at Chinese regulator Tenaa, it could take it up another notch with 4GB of RAM -- a first for any smartphone and double the original spec. That's the maximum possible RAM on a 32-bit ARM chip, and 4GB modules were only recently teased by Samsung and SK Hynix. We wouldn't be surprised if it ends up as a high-end option for the Grand S II, in the same way that ZTE's Nubia X6 is available in a 3GB RAM variant. Take all this with a grain of salt for now, but remember that until we see a 64-bit CPU and Android OS, 4GB will be as good as it gets.

In this article: 4GB, GrandSII, leak, RAM, Snapdragon801, tenaa, ZTE
All products recommended by Engadget are selected by our editorial team, independent of our parent company. Some of our stories include affiliate links. If you buy something through one of these links, we may earn an affiliate commission.