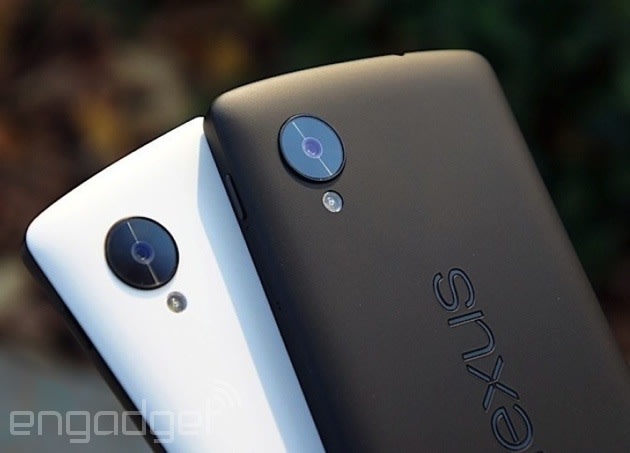 We know that Google has been looking to bring more advanced photo features to Android for a while, but it may soon be ready to show off what it's been working on. Sources aware of Google's plans have confirmed to us that the search giant is currently testing a new version of its camera app that will sport a refreshed UI, a background-blurring effect for portrait shots and improved panorama and Photo Sphere modes. As part of its overhaul, we're told that Google has finally fixed issues with the default camera's photo framing, allowing users to snap images with a new 100 percent no-crop viewfinder. That means you'll see exactly what your Android device will capture before you hit the shutter button, with no unwanted objects creeping in at the edges.

The company is also said to be making the camera app more extensible by opening support for third-party filters. This will allow developers (and Android enthusiasts) to create and import custom effects inside the stock camera app. The camera app's portrait skills may see some improvements too, with the addition of a new lens-blur mode that will take photos with a shallower depth of field, mimicking the effects you'd typically see in Nokia's Refocus app and HTC's new One. New high-resolution panorama and Photo Sphere modes have also been added, improving the quality of your sweeping shots.

While many are awaiting the release of Android 4.4.3, the latest version of KitKat, Google is set to make these camera improvements available to users by way of a standalone update. Our sources indicate that the app will exist separately so that non-Nexus owners running Android 4.4 and above will be able to take advantage of the improvements, without having to wait for an OTA update from their device maker or carrier.

In this article: android, app, camera, effects, exclusive, google, mobilepostcross, panorama, uk-feature, update
All products recommended by Engadget are selected by our editorial team, independent of our parent company. Some of our stories include affiliate links. If you buy something through one of these links, we may earn an affiliate commission.