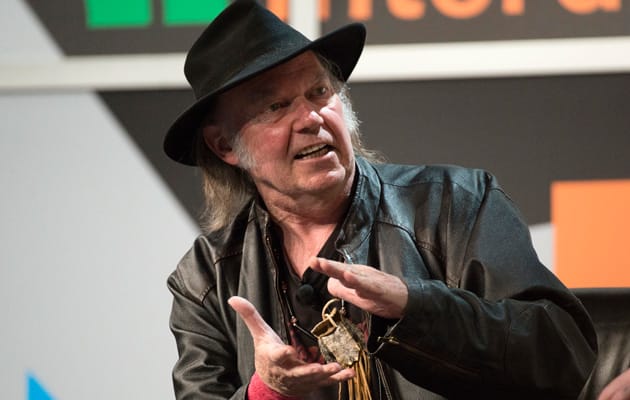 When news first broke of Neil Young's plans to serve up high-resolution listening to audiophiles last year, we wondered how he'd get folks to splurge for a $400 player and re-buy their existing libraries. Sure, six to 30 times the resolution of MP3s looks great on paper, but will we really be able to hear the difference? The rock icon says yes, and it's because there's nothing that's currently available that even comes close to Pono. Young says that existing audio formats are unable to adequately present a full range of tones, so he "decided to create an ecosystem that provided exactly what the artist created." From the bits of info we've seen so far, the outfit claims people who love music and really want to be able to hear songs as those artists tracked them will be sold easily.

"We're not competing with streaming services. I view streaming services as radio," Young continues. "The quality is so poor that I'm not impressed, and I'm not moved by it. They just fill the air and I'd rather hear the birds singing than some very low-grade digital reconstitution." He went on to compare those options to going to an art gallery and looking at xeroxes or copies of xeroxes. As Young sees it, these content libraries are best when used as tools for discovery, but not for really hearing and feeling a song. Now, listeners will have a choice when it comes to audio quality.

"They just fill the air and I'd rather hear the birds singing than some very low-grade digital reconstitution."

He's super clear about one detail: PonoMusic isn't offering a new file format or standard. What the repository will serve up is FLAC (Free Lossless Audio Codec) files that range from CD-quality 1,411 kbps (44.1 kHz/16 bit) up to 9,216 kbps (192 kHz/24-bit), depending on what's available from that album's master recordings. This means that listeners will have access to the highest-resolution version of an album that exists and the player needed to do them justice. You may be wondering how the PonoPlayer differs from other FLAC devices. From the info that's available now, two of the key bits are a combination of zero-feedback circuitry and the unit's DAC (Digital-to-Analog Converter) chip. As you might expect, all we know is that it's "widely recognized in the audio and engineering community as one of the best-sounding DAC chips available today," according to Pono's FAQs. Even those CD-quality albums will get a boost from the Player. 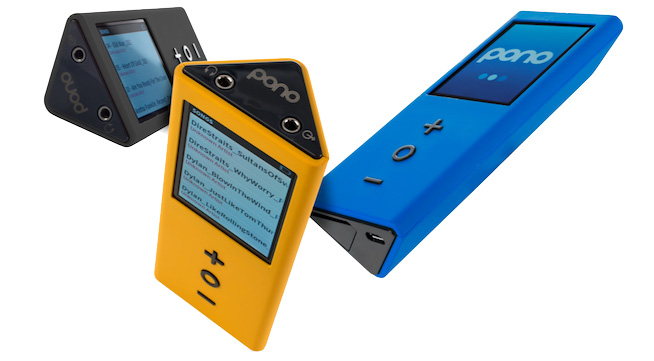 There's also a selection of devices in the works that are "Pono-approved" being developed by third-party companies. "A dedicated device is the only way that I could see to do it and be in control of the quality," adds Young. With these offerings still in the works, there's not much more to go on here, but there will be more than just the outfit's own PonoPlayer to choose from at some point.

"A dedicated device is the only way that I could see to do it and be in control of the quality."

So, what can we expect? Well, folks that have heard Pono claim it's like having vinyl LPs in your pocket. However, you can use in-ears, headphones or directly plug it into your car or speaker of choice and the recordings and PonoPlayer will do all the heavy lifting needed to make a difference. Of course, that means that the high-res files will be much larger -- about five or six times the size of a normal MP3. "We're now in the 21st century. We can have good sound, big files and play them back," Young notes. He's quick to add that space is no longer a concern for ecosystems like Pono.

Bob Weir of the Grateful Dead is already sold. "This is the closest thing to analog I've heard, and from a consumer device, no less. Given that a lot of our stuff is on reel-to-reel, it's gonna sound great," Weir told us. We'd surmise those analog reel-to-reel recordings are what's going to sound best with Pono, and we'll just have to wait and see how the heavily digitized tracks fair. But for now, Weir isn't alone in his excitement, as Pono has already amassed $5.6 million in funding on Kickstarter.

Coverage: Pono
In this article: audio, interview, neil young, neilyoung, pono, pono and neil young, ponoandneilyoung, ponomusic, ponoplayer
All products recommended by Engadget are selected by our editorial team, independent of our parent company. Some of our stories include affiliate links. If you buy something through one of these links, we may earn an affiliate commission.