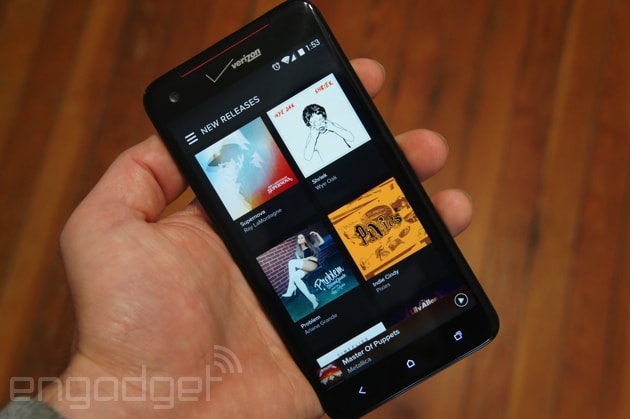 Earlier this month, Spotify let it be known that it would be implementing a redesign across its desktop and mobile properties, which it described as being the most dramatic change since 2008. As part of this, those of you with an Android device can now, finally, see what iOS users have been enjoying for the better part of April. Aside from featuring a darker theme, Spotify's latest redesign is also about putting more content in front of you, meaning that albums and tracks are now better highlighted throughout the application.

Back when it was announced, Spotify said the philosophy behind the cleaner design was about getting it "just right," so it was important to get a consistent (and flat) look on every platform on which its music service is available. The Android update is said to be rolling out as we speak; if you don't feel like waiting, however, you can grab it directly from the Spotify website.

5
Via: TechCrunch
Source: Google Play
Coverage: Spotify
In this article: Android, mobilepostcross, Music, music streaming, musicstreaming, Redesign, Spotify
All products recommended by Engadget are selected by our editorial team, independent of our parent company. Some of our stories include affiliate links. If you buy something through one of these links, we may earn an affiliate commission.