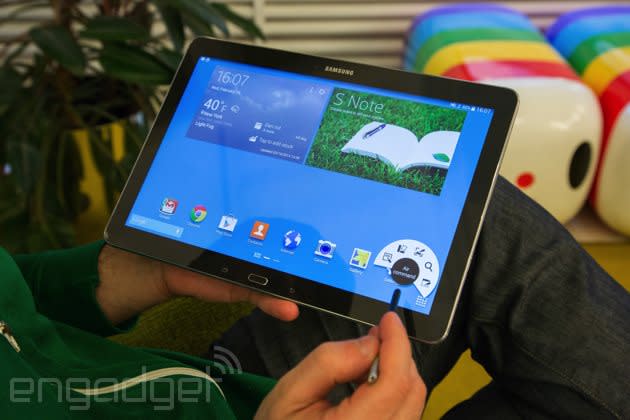 It looks like Apple wasn't the only tech firm to see its tablet business take a hit this winter; according to IDC, others suffered a similar fate. The analyst group estimates that overall tablet shipments grew just 3.9 percent year-over-year in the first quarter, a sharp contrast with the breakneck pace of the past few years. Amazon took a particularly severe blow, as its shipments dropped almost 50 percent. So what prompted the suddenly chilly market? If you believe researchers, many are happy with the devices they've got -- they either have a good-enough tablet or a big-screen smartphone that will do in a pinch. Simply put, there was no compelling reason to splurge on something new.

It wasn't all doom and gloom. Samsung's shipments grew by a third, in part because it encouraged carriers to bundle cellular tablets with smartphones. Lenovo's success with slates also continued unabated. While it's still relatively small in this field compared to Apple or Samsung, its unit numbers more than tripled in the past year thanks to hits like the Yoga Tablet. These are shipments and not sales, so they don't tell a complete story -- Apple claims that pent-up iPad mini demand skewed its figures last year, for instance. Even with that in mind, it's evident that tablet makers will have to fight harder to capture people's attention. In this article: amazon, android, apple, asus, idc, ios, kindlefire, lenovo, marketshare, q12014, samsung, tablet
All products recommended by Engadget are selected by our editorial team, independent of our parent company. Some of our stories include affiliate links. If you buy something through one of these links, we may earn an affiliate commission.