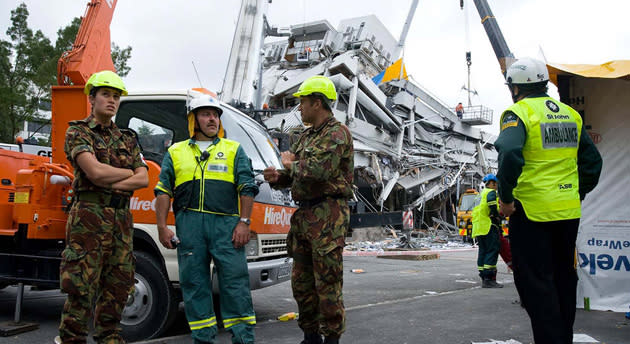 It's easy to tell when an earthquake hits an area full of Twitter users -- there's frequently a rush of panicked tweets within seconds of the ground shaking. If Twitter and Stanford University have their way, though, those posts could be useful for more than just alerting friends. They've conducted research showing that geotagged tweets can help model the effects of a quake while it's happening. When you combine geological data with the volume of related tweets within a given radius, it's easier to determine the intensity of tremors and accurately track how they spread.

There aren't any immediate plans to use these social network updates for creating earthquake maps. If they're ever implemented, though, they could cut the modeling time down to a matter of minutes. That could be a big help to governments that want to deliver relief both quickly and effectively. Tweet volume could even represent the primary data source in areas where there are few recording stations. In other words, don't be afraid to use that #earthquake tag when things start moving -- it could eventually save lives.

In this article: earthquake, geotagging, internet, prediction, Predictions, shakemaps, socialnetworking, stanford, StanfordUniversity, twitter, usgs
All products recommended by Engadget are selected by our editorial team, independent of our parent company. Some of our stories include affiliate links. If you buy something through one of these links, we may earn an affiliate commission.