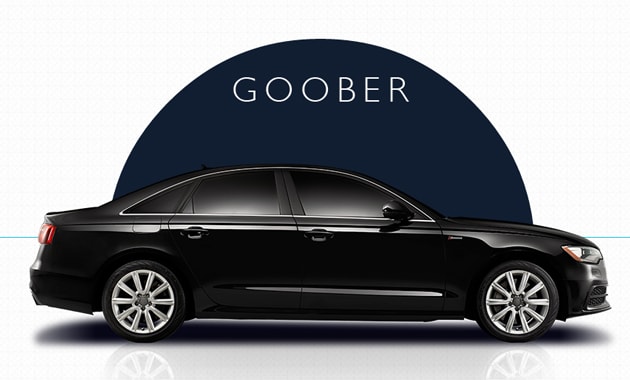 ​This week, Google announced a huge update to its Maps app on Android and iOS, bringing new tools such as lane guidance along with one particularly intriguing feature: Uber integration. If you have the ride-sharing service's app on your phone, Uber will show up as an option when you search for public-transit directions, and you'll be able to jump into the Uber app from Maps to order a ride.

Google's clearly favoring one ride-ordering app over others like Hailo and Lyft. Of course, Uber's integration with Maps will mean nothing to you if you don't already have the app on your phone, but for current customers, it's one more reminder that a ride's just a few taps away. Looking at the larger picture, though, this move points to Google's (literal) investment in Uber -- and it could be the first step in a wide-reaching partnership between the two companies. Driverless rides to the airport, anyone?

Fast-forward several years from now, and we might be talking about on-demand, driverless cars and unmanned delivery vehicles.

Google Ventures, Mountain View's tech-investment wing, threw a whopping $258 million behind the transportation company in late 2013, the biggest deal it's made to date. Ventures, which operates independently of Google as a corporate VC firm, previously invested heavily in another big name, the Nest smart thermostat. Nest Labs, of course, famously ended up a member of the Google family in a $3.2 billion acquisition deal. Given that there's a precedent for investments turning into acquisitions for Google, Uber seems like an obvious next pick.

Fast-forward several years from now, and we could be talking about on-demand, driverless cars and unmanned delivery vehicles. It's hardly a new idea to think that Google will utilize Uber to execute its vision for driverless transportation, especially considering reports that it's been working on autonomous taxis of its own. While plenty of Uber users may wince at the idea of Google cannibalizing an independent service, it's not like the ride-share app is any stranger to aggressively edging out the competition. And while Google Ventures does back the Uber alternative Sidecar, it wouldn't be out of character for the company to buy out the competition once it throws its full weight behind Uber.

But driverless cars that you can order from your phone are just one way Uber complements Google's vision for the future. Considering that Amazon's becoming a power player with its same-day delivery service, Mountain View could bolster its Shopping Express program by joining forces with Uber. That latter company is currently testing its new UberRUSH courier service in New York City, and a combined Google-Uber effort would help in taking on Jeff Bezos and co. With Google-backed, driverless Ubers delivering you that urgent supply of mouthwash, Amazon's delivery drones could start to look a tad gimmicky.

So, will Google acquire Uber? It already owns a significant chunk of the company, but buying it outright would give Google freedom to shape the service to serve its own goals, many of which we probably haven't even seen a glimpse of yet. Should that day come to pass, let's just hope the ride-sharing app continues to operate under its original name -- "Goober" just doesn't have a nice ring to it.

In this article: acquisition, amazon, delivery, google, google maps, poll, RIDE SHARING, Uber, wedgies
All products recommended by Engadget are selected by our editorial team, independent of our parent company. Some of our stories include affiliate links. If you buy something through one of these links, we may earn an affiliate commission.