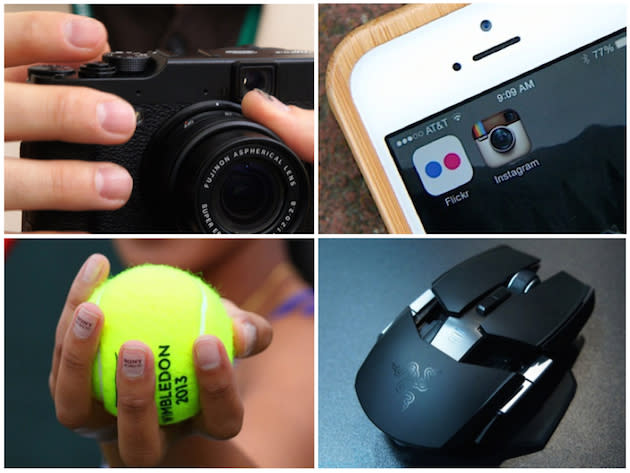 This week, we take a look at the perfect camera for inconspicuous street photography, discuss how we're currently using (or not using) Flickr, speculate on the Microsoft Surface 3, ask about mouse recommendations for FPS games and get advice on fitness trackers for tennis players. And that's just a handful of the conversations happening in the forums. Head past the break to discover what everyone's talking about.

Getting down with street photography

Back in my day, street photography meant grabbing my Canon AE–1, stuffing a cheap roll of black-and-white film inside, cranking up the exposure and then running around framing shots with a 50mm lens. Nowadays, folks have it easy! Grab a nice digital camera and, a click or two later, you've got something worthy of being featured on Instagram's Explore page. Jon Fingas is looking to get into the street shooting scene and wants to know which camera he should use. Head on over to the forums and help him out.

Last month, Flickr updated its mobile app in a bid to stay competitive with services like Instagram. Did it work? Nicole Lee took a look at Flickr's struggle with Generation Selfie and examined what it'sll take for it to maintain relevancy. Over in the Engadget forums, I shared how I currently use Flickr and how I've struggled to find a place for it in this age of mobile phone photography. How do you use Flickr? Head over and let us know.

Those of you with first person shooter skills are blessed with fast reaction times and the good fortune to have time to practice your craft. However, having the right tools in your arsenal is also important. That's why Glider9 wants some recommendations for gaming mice. Which rodent does he need to get the drop on his opponents?

Last week, we discussed fitness trackers for running. This week, Philip wants to know about devices that measure activity and calories burned while playing tennis. What's out there that'll help justify (and quantify) his baseline flailing and help turn him into the next Rafael Nadal?

Speculation and wishes for the Surface 3

Spiderkid is looking to replace his Chromebook and Pavilion 13 with a hot new tablet. The only problem? He needs an x86-powered model and doesn't want to drop a ton of his hard-earned cash. Should he hold out for the rumored Microsoft Surface 3, or is there another device deserving of consideration? Let him know!

In this article: community, discussion, Engadget forums, feedback loop, fitness wear, flickr, street photography, wearables
All products recommended by Engadget are selected by our editorial team, independent of our parent company. Some of our stories include affiliate links. If you buy something through one of these links, we may earn an affiliate commission.