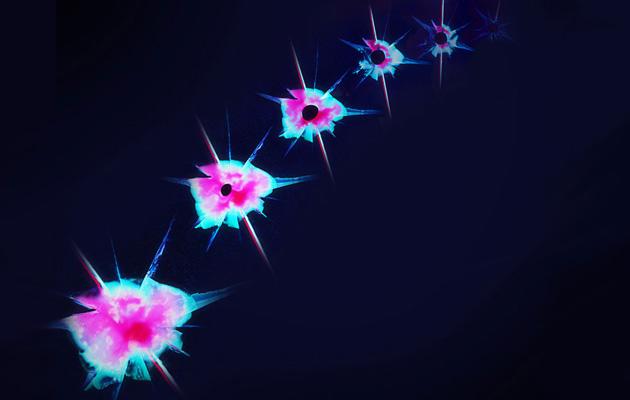 Wouldn't it be great if everything was as good at healing itself as our own skin? That's the concept behind a new self-healing plastic that's been developed over at the University of Illinois at Urbana-Champaign. Unlike ordinary plastics, this one contains a thin network of tubes, aping the human vascular system, containing two separate gels that react when they come into contact with each other. When the surface of the plastic is punctured, for instance if shot by a bullet, the two gels pour out, mixing to form a surface roughly 60 percent as strong as the original -- just like a blood clot would on our bodies.

Unfortunately for now, the system only works with holes smaller than eight millimeters, and since it took around three hours to harden, it can't yet be used to save a punctured aircraft while in flight. That said, the team is already working to improve matters, and plans to swap out the gels in favor of foams, which may cover larger areas and harden a lot faster. The Air Force, which funded the research, is hoping that we may eventually see self-healing spacecraft and other heavy equipment where it'd be too dangerous or difficult to send an engineer, like deep-sea drilling. The only downside is that the more vascularized the systems become, the weaker they get overall -- but then that's hardly been a big problem for our bones.

In this article: Air Force, research, science, Scott White, self-healing, Self-healing plastic, University of Illinois at Urbana-Champaign, video
All products recommended by Engadget are selected by our editorial team, independent of our parent company. Some of our stories include affiliate links. If you buy something through one of these links, we may earn an affiliate commission.