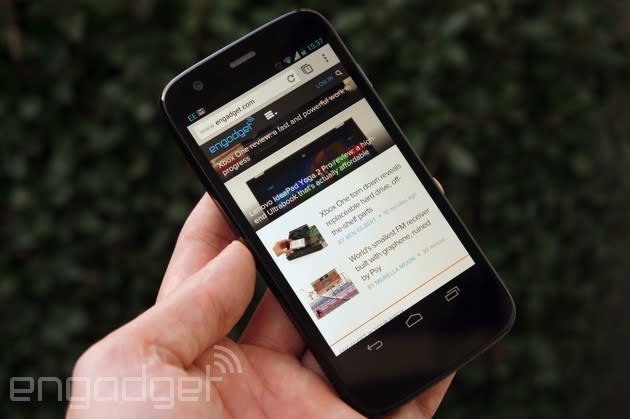 Motorola's Moto G was a great handset, but if we had a gripe, it was that it lacked a 4G modem. Last night, however, Amazon let it be known that a tweaked version of Motorola's mid-ranger was coming, and this time it would be able to take advantage of super-fast mobile speeds. At the London launch of the Moto E, the company confirmed that the Moto G with LTE is real, and is even packing a microSD card slot, too. The unlocked handset is priced at £149 in the UK and $219 in the US with a choice of black or white bodies -- and both should be hitting retailers in the next few weeks.

In this article: google, lenovo, LTE, mobilepostcross, motog, motoglte, Motorola
All products recommended by Engadget are selected by our editorial team, independent of our parent company. Some of our stories include affiliate links. If you buy something through one of these links, we may earn an affiliate commission.