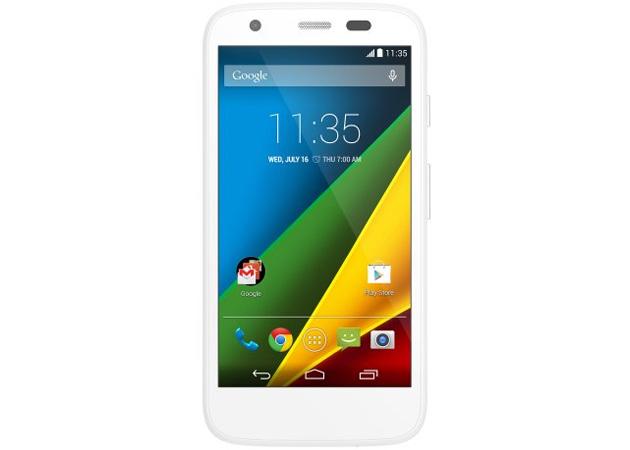 As good a deal as the Moto G might be for frugal smartphone shoppers, it doesn't have speedy LTE data; for some, that's practically a deal-breaker. However, it might get that often-sought upgrade relatively soon. Amazon has posted listings for two unannounced Moto G variants with "universal LTE," including one in a previously unavailable white hue. Detailed store pages are sadly missing, but both entries mention a $220 price (slightly above the $200 you'd pay for a 16GB 3G model) and a June 30th ship date. We'd also expect these to work only with GSM-based networks like AT&T and T-Mobile, so don't count on there being a Verizon equivalent.

Sounds good, doesn't it? Unfortunately, it's hard to determine how much Amazon really knows. The picture of the Moto G LTE clearly isn't for the current edition, but the launch details could easily be little more than placeholder info. A June release would line up with earlier rumors from Xataka, though, and it's not far-fetched to see this model carrying a slight price premium. We may get the full scoop before long, at any rate. Motorola is holding a big event on the 13th -- many expect it to focus on the Moto E, but there's nothing precluding an update to the company's existing budget handset at the same time.

In this article: android, google, lenovo, lte, mobilepostcross, motog, motoglte, smartphone
All products recommended by Engadget are selected by our editorial team, independent of our parent company. Some of our stories include affiliate links. If you buy something through one of these links, we may earn an affiliate commission.