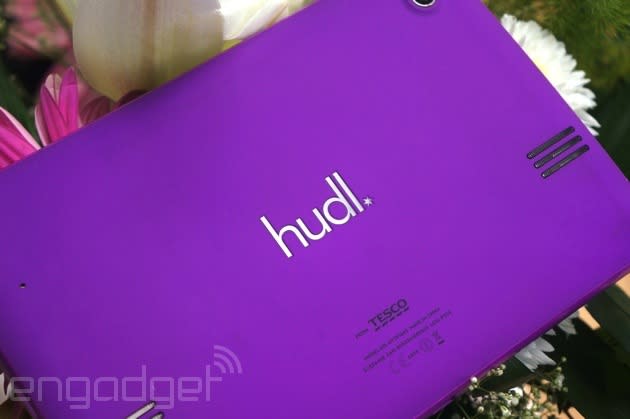 It's fair to say Tesco's Hudl has been a success: the company has sold more than half a million units and is prepping a new model for release later this year. It hasn't been all plain sailing for the supermarket giant though, as some of its Android slates shipped with a display issue that would often cripple the tablet by rendering the screen unresponsive. Tesco, to its credit, has been quick to replace customers' Hudls no questions asked, but it may not need to anymore after it's begun rolling out an Android update that eliminates those exact issues. The company tells us that some updates have passed Google certification and are already hitting affected Hudls, but it could take up to three weeks for the fix to reach everyone.

In this article: android, display, hudl, mobilepostcross, screen, tablet, tesco, uk-feature, update
All products recommended by Engadget are selected by our editorial team, independent of our parent company. Some of our stories include affiliate links. If you buy something through one of these links, we may earn an affiliate commission.