Volvo's self-driving buses and trucks will run on NVIDIA tech 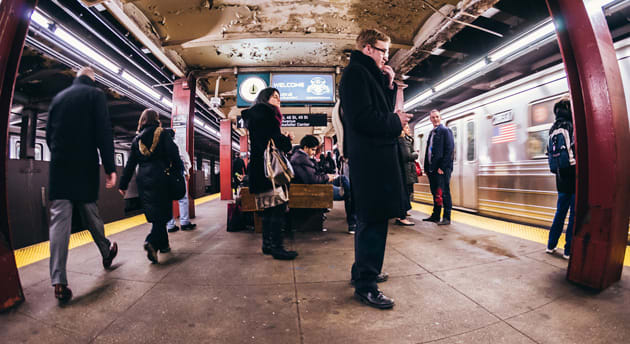 Many commuters know the agony of mass transit at rush hour; it's no fun to skip packed buses and subway cars when you're already desperate to get home. Urban Engines clearly shares in that pain as well, as it's rolling out an internet service that uses commuting patterns to spot choke points in public transportation. Ticket purchases, pass card swipes and similar behavior create an activity map that reveals just where and when the delays are; it's easy to tell that there need to be more buses at 6PM, or that the lines are too long at the subway turnstiles.

Multiple cities are already testing the cloud-based congestion fighting, including Sao Paolo, Singapore and Washington, DC. They're not just using it to decide which transit lines need more vehicles, either -- Singapore is using Urban Engines' built-in incentive system to get its less harried passengers riding at quieter hours. It could be a while before the technology reaches your burg. If and when it arrives, though, it could save you valuable minutes (not to mention a few headaches) every day.

Via: TechCrunch
Source: Urban Engines
In this article: bus, commute, commuting, congestion, internet, masstransit, subway, transportation, urbanengines
All products recommended by Engadget are selected by our editorial team, independent of our parent company. Some of our stories include affiliate links. If you buy something through one of these links, we may earn an affiliate commission.