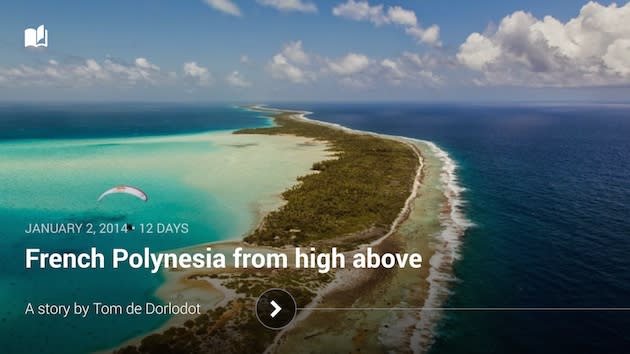 Google has steadily been improving its Auto Awesome personal storytelling features inside G+, and today it launched new tool that is simply called "Stories." The idea is that no one really has a huge amount of time to dedicate to creating albums for personal events, so Stories will do that for you -- automatically weaving together photos, videos, maps and time-stamps into a ready-made travelogue. The new feature will be available to try on the web and on Android devices sometime later this week, with an appearance on the iOS version of Google+ also promised in the future. At the same time, the the Auto Awesome Movies feature within G+ will also become automatic for web, iOS and Android users, so more people should soon discover highlight reels (an example of which is after the break) generated from clips that they've Auto Backup-ed to Google's social network.

In this article: auto awesome, g+, google, google+, mobilepostcross, stories, video
All products recommended by Engadget are selected by our editorial team, independent of our parent company. Some of our stories include affiliate links. If you buy something through one of these links, we may earn an affiliate commission.