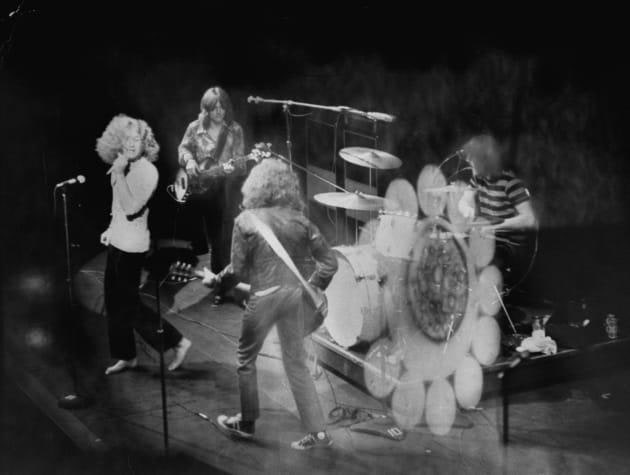 Plans to reissue Led Zeppelin's first three albums with unreleased tracks were first detailed back in March, but today Jimmy Page is offering the masses a sneak peak. At 3:30PM ET (7:30 GMT), the guitarist is hosting a listening party to premiere cuts from the vault at L'Olympia in Paris -- the venue where the band performed in October 1969. Audio from that particular show will ship as bonus content for the new deluxe edition of Led Zeppelin. On June 3rd, that LP along with remasters of Led Zeppelin II and Led Zeppelin III (both with its own audio extras) will hit shelves. And stream from Spotify, we'd surmise. The trio marks the first three releases in the reissue cycle that's set to include the group's entire catalog, boasting vinyl options and a super deluxe box set of the whole lot. Looking to tune in? Hop down after the break to do just that when the time comes.

In this article: audio, jimmypage, ledzepplin, listeningparty, music, video
All products recommended by Engadget are selected by our editorial team, independent of our parent company. Some of our stories include affiliate links. If you buy something through one of these links, we may earn an affiliate commission.