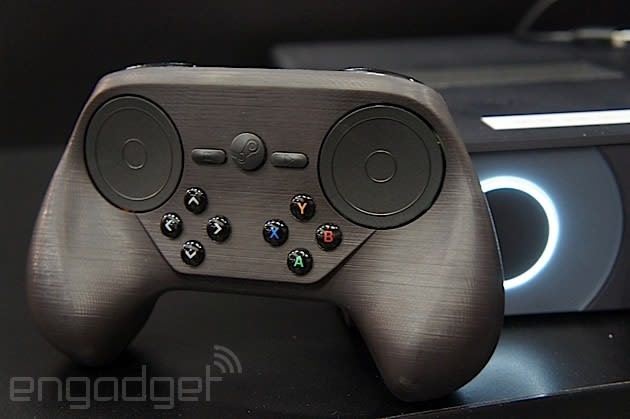 Looking forward to putting a gaming PC in your entertainment center? Keep waiting: Valve says it doesn't expect to officially launch its Steam Machine until 2015. The delay was announced in a rather casual blog post, and the update is loosely worded -- it's a "release window," not a promise. The quality of the controller seems to be the main thing holding back the release: Valve says its getting a substantial amount of feedback. "It means we'll be able to make the controller a lot better," the company writes. "Of course, it's also keeping us pretty busy."

Naturally, the firm is eager to get the Steam Machines into consumer hands, but says it wants to ensure that its customers are getting "the best gaming experience possible." Of course, delaying the launch of the official controller could have unforeseen repercussions: by the time the platform launches in 2015, the prototypes we saw at CES may very well be outdated. A harrowing thought -- but at least Valve's launch partners have the rest of the year to tweak their hardware designs.

Source: Valve
In this article: delay, steam, steamcontroller, steammachine, steammachines, valve
All products recommended by Engadget are selected by our editorial team, independent of our parent company. Some of our stories include affiliate links. If you buy something through one of these links, we may earn an affiliate commission.