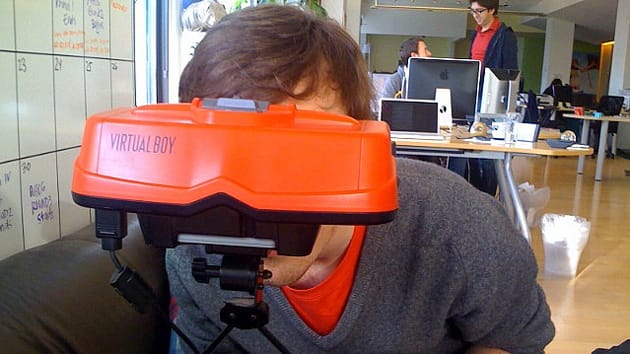 Nintendo's Shigeru Miyamoto may have been an initial supporter of the Virtual Boy back in the '90s, but modern virtual reality? Not so much. The Mario Bros. creator finally tried an Oculus Rift headset at E3, and he tells Time that the experience gave him a "little bit of uneasiness" as to whether or not VR is the best solution for video gaming. While Nintendo is intrigued by the tech, Miyamoto sees it as the opposite of the social experience at the heart of the Wii U. He doesn't like the idea of a gamer strapping on eyewear and playing "over in a corner" by themselves. VR would be better suited to arcade-like public play, he says.

We can understand the cautious approach. Miyamoto saw the Virtual Boy as more of a toy even when it was new, and he was frustrated when the company sold it as a full-fledged platform. With that said, Nintendo has been hesitant to embrace a lot of technology as of late, whether or not there's demand. It's skittish about smartphones, and it doesn't believe that live game streaming is fun (by itself, at least) despite the rapid rise of services like Twitch. Let's hope that Miyamoto and crew are paying close attention to VR, especially rival projects like Sony's Project Morpheus -- if they take off, Nintendo may want to change its tune.

Via: The Escapist, The Verge
Source: Time
Coverage: Nintendo
In this article: gaming, hdpostcross, nintendo, oculusrift, oculusvr, shigerumiyamoto, videogames, virtualreality, vr
All products recommended by Engadget are selected by our editorial team, independent of our parent company. Some of our stories include affiliate links. If you buy something through one of these links, we may earn an affiliate commission.