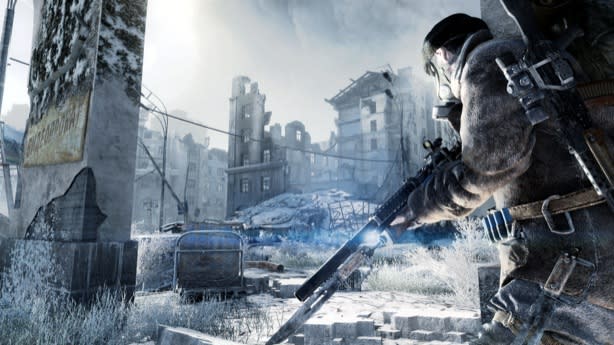 Metro Redux brings remastered, post-apocalyptic Moscow to North America on August 26, and Europe on August 29. Described as a "true director's cut" of Metro 2033 and its sequel Metro: Last Light, the 2-in-1 package will be available on PS4, Xbox One and PC. The boxed compilation is priced $50, and both games will be available individually to download at $25 a pop. Linux and SteamOS versions are due to release later this year.

Amongst all the gameplay tweaks and additions, Metro Redux is headlined by a reworking of Metro 2033 in the 4A Engine iteration used for Last Light. Dev 4A Games has given Last Light a visual touch-up too, while all the game's Season Pass content is included in Redux. To go deeper into the changes and 4A's approach to Redux, point your flashlights here.

3
[Image: Deep Silver]
Source: Deep Silver
In this article: 4a-games, Deep-silver, metro-2033, metro-2033-last-light, metro-2034, metro-last-light, metro-redux, microsoft, pc, playstation, ps4, xbox-one
All products recommended by Engadget are selected by our editorial team, independent of our parent company. Some of our stories include affiliate links. If you buy something through one of these links, we may earn an affiliate commission.