Crystals could be the answer to keeping our gadgets cool

Researchers find a new way to convert heat into electricity 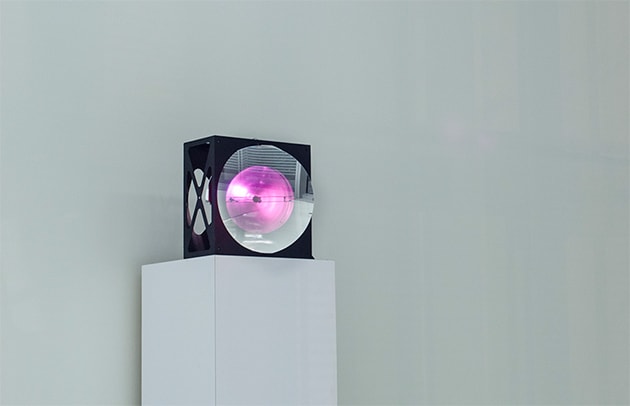 Thought experiment time, folks: what would do you if you wanted to warm up a few people in a big, chilly room? Prevailing logic says to crank up the heat, but let's be honest here: sometimes the prevailing logic sucks. The folks from MIT's Senseable City Lab project have cooked up a more efficient (if slightly kookier) way to go called Local Warming. Their approach? To create a prototype LED spotlight that shoots a beam of heat at you as you walk around the room.

In case you were curious, yes, it's all much safer than it sounds.

The star of the show is a unwieldy infrared LED bulb mounted on a ceiling that's flanked by mirrors meant to help focus all that heat in one direction. It's connected to a series of motion sensors that can detect people milling around, and once they've been spotted, the bulb swings around to shoot heat right at them. Think of it like one of those pesky video game drone guns, except way less murder-y. Lead researcher Carlo Ratti recently told Wired that future prototypes boil the whole shebang down into a more compact (and hopefully cheaper) form with the aid of smaller LED bulbs.

Now as neat as a human-tracking heat beam is, it makes no sense to stick one of these things in rooms where lots of people tend to mill around. But install a few of these things in a drafty room -- say, a big open lobby -- and you could be looking at some substantial savings on heating costs, not to mention one hell of a conversation piece. Alas, the Local Warming lamp is still firmly in the prototype phase, so it'll be a while before you use one to trick out your cavernous sitting room.

Via: Wired
Source: Local Warming
In this article: heat, led, localwarming, mit, spotlight, video, warming
All products recommended by Engadget are selected by our editorial team, independent of our parent company. Some of our stories include affiliate links. If you buy something through one of these links, we may earn an affiliate commission.