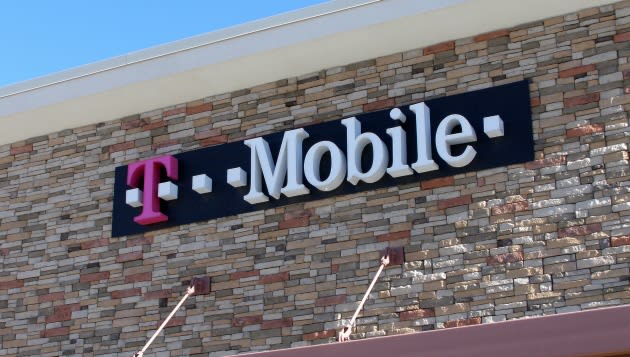 Is your cell phone bill running a little high? You might be suffering from unauthorized third-party charges, a type of text messaging subscription scam that bills users for SMS-delivered celebrity gossip, horoscopes, quizzes and other content. Consumers can choose to sign up to these services manually, but are often duped into signing up to them through fraudulent and deceptive advertisements -- causing charges in upwards of $9.99 to appear on their phone bill without their authorization. It's a practice the Federal Trade Commission calls "cramming," and it says T-Mobile as been allowing these scammers to charge its customers unchecked for far too long. Now the FTC is taking the carrier to court, demanding it issue refunds to the customers it failed to protect.

FTC Consumer Protection Director Jessica Rich says that the organization received "oodles of complaints" from FTC customers about obscure charges for "premium services" appearing on their T-Mobile bills. These often appear as seemingly legitimate "usage charges" on the bill summery, offering no indication that they originate from a third-party texting services. "What we're alleging here is that T-Mobile failed to follow some basic tenants of consumer protection. They [T-Mobile] didn't provide truthful information about the charges in part because they hid the charges on the bill and it was impossible for consumer to see what was being charged, and the did not receive consent for those charges."

According to the FTC, T-Mobile had been taking a cut from these deceptive subscriptions too -- as much as 35 to 40% -- earning it hundreds of millions of dollars. "We know that much of that was unauthorized but in court we will determined just how much," Rich explained. "Our remedy would be refunds to consumers, that would be our first priority to consumers. And it could be many millions of dollars." The FTC is also fighting for a court order to permanently bar T-Mobile from participating in these mobile cramming scams. Check out the source links for the organization's official announcement and legal filing.

Before you get carried away with these sensational headlines, let's get all the facts out there! http://t.co/5SFIzCi080

Update: T-Mobile's John Legere shot back with a quick response. "We have seen the complaint filed today by the FTC and find it to be unfounded and without merit," the CEO's statement reads. "In fact T-Mobile stopped billing for these Premium SMS services last year and launched a proactive program to provide full refunds for any customer that feels that they were charged for something they did not want." Legere says he's disappointed that the FTC chose to file a "sensationalized legal action," and insists that the lawsuit is "not only factually and legally unfounded, but also misdirected."

Source: FTC (1), (2), T-Mobile
In this article: FederalTradeCommission, ftc, mobilepostcross, scam, T-Mobile, tmobile
All products recommended by Engadget are selected by our editorial team, independent of our parent company. Some of our stories include affiliate links. If you buy something through one of these links, we may earn an affiliate commission.