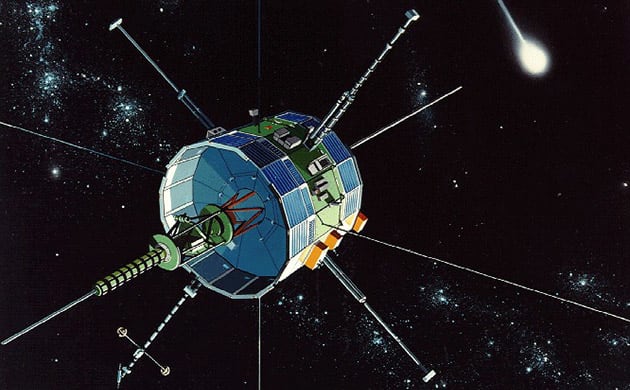 The last time ISEE-3 fired its engines, Madonna was moving up the charts, the stock market was booming and President Reagan was busily denying that he'd secretly sold weapons to Iran. After that final gasp from its thrusters, in February 1987, the International Sun-Earth Explorer probe would have drifted into permanent retirement -- if a $150,000 crowdfunded project hadn't come along to save it at the last minute. That project has just scored it first big success, by remotely reawakening the 36-year-old craft's engines and altering its course in order to make it easier to communicate with. Keith Cowing, who's co-leading the private group in charge of the resurrection, blogged that it was "all in all, a very good day." If the next steps go equally well, the idea is to reconfigure ISEE-3's onboard computers and sensors so that they can be used for a bit of citizen science during remaining two-month, four million-mile journey back to earth.

Via: Scientific American
Source: Space College
In this article: international sun-earth explorer, isee-3, keith cowing, nasa, probe, retirement, space
All products recommended by Engadget are selected by our editorial team, independent of our parent company. Some of our stories include affiliate links. If you buy something through one of these links, we may earn an affiliate commission.