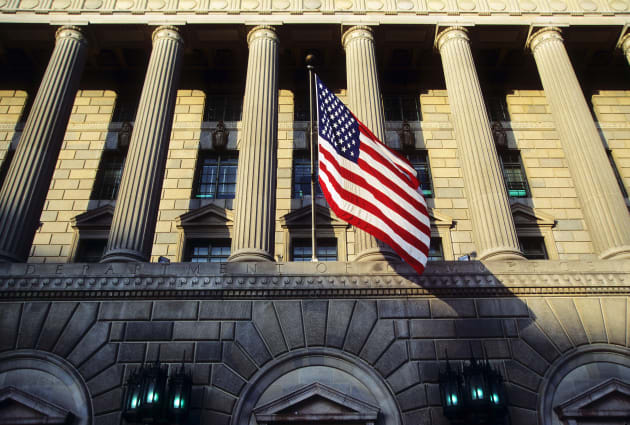 Wall Street is worried. Not about government regulation or investigations by law enforcement agencies. No, the countries financial institutions are concerned about cyber attacks. The Securities Industry and Financial Markets Association, or SIFMA, has proposed that it and the government join forces in an effort to combat the 21st century threat. As Wall Street's biggest trade group, the organization already wields plenty of influence, but to help convince the American government it has hired former NSA director Keith Alexander.

According to a document obtained by Bloomberg the banks are not confident in their ability to fend off or cope with increasingly destructive and sophisticated digital weapons aimed at them.

There is even concern that unaffected banks could be the victims of runs as consumers lose confidence. And to make matters worse, the industry is almost completely reliant on the nation's power grid to function, which is vulnerable not only to cyber attacks, but physical ones as well.

The solution SIFMA has come up with involves creating a council of financial executives and deputy-level representatives from eight government agencies including the Treasury, NSA, Homeland Security and the White House. The hope is that this group would not only prove more powerful in combating hacks of banks, but also more efficient in disseminating information to appropriate parties and the public. The collaboration could ensure a more coherent and effective response to an impending or ongoing cyber attack, but some in congress (like Florida Democrat Alan Grayson) are concerned tactics to turn to pre-emptive strikes. If private industry leaders were sitting on a council that launched even a digital offensive against a group or nation it could set a very bad precedent.

Source: Bloomberg
In this article: bank, cyber attacks, cyber security, government, Securities Industry and Financial Markets Association, security, SIFMA, wall street
All products recommended by Engadget are selected by our editorial team, independent of our parent company. Some of our stories include affiliate links. If you buy something through one of these links, we may earn an affiliate commission.