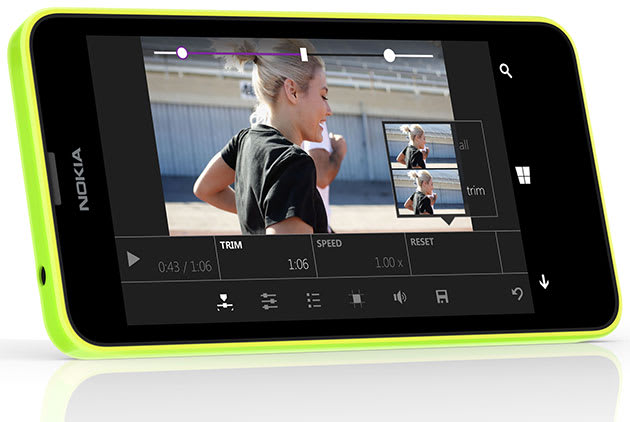 Windows Phone 8.1 users have been rather strapped when it comes to video editing apps straight from HQ, but now Microsoft is looking to lend a hand. With Video Tuner, Redmond serves up a new app that wrangles smartphone clips with the ability to apply filters, add music (non-DRM protected MP3s, natch) and apply a range of corrective adjustments -- including speed tweaks. As you might expect, once the finished product is ready, footage can be broadcast directly to various social channels, with the exception of Vine. The software can save videos in the proper format for Twitter's video stream, but there's no direct sharing at this time. Video Tuner supports MP4 files and allows editing of video captured from the same device on which it is installed. You'll need a Lumia handset running Windows Phone 8.1 to nab up the new offering, but it's already available free of charge from Microsoft's app repository for those who qualify.

Source: Windows Phone Store
In this article: app, lumia, microsoft, mobilepostcross, nokia, software, video, videoediting, videotuner, windowsphone, windowsphone8.1, wp8.1
All products recommended by Engadget are selected by our editorial team, independent of our parent company. Some of our stories include affiliate links. If you buy something through one of these links, we may earn an affiliate commission.