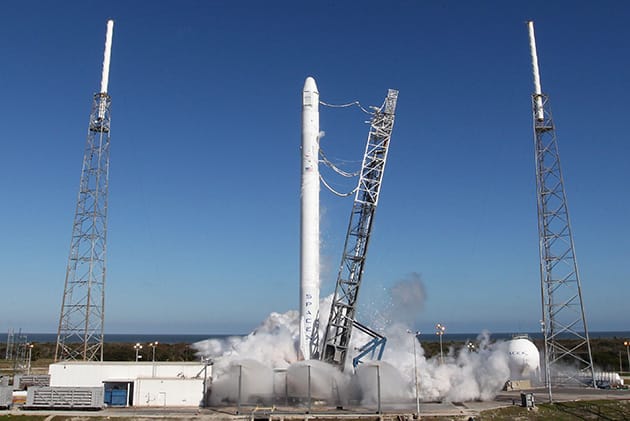 SpaceX has been launching rockets in Florida or California for quite some time, but Texas will likely see most of the action once the company finishes building its new spaceport in Cameron County. While SpaceX CEO Elon Musk hasn't made an official announcement yet, a Florida official (who's understandably disappointed by the development) confirmed that the Lone Star State has indeed landed the contract. In fact, the Federal Aviation Administration already gave SpaceX its blessing to do 12 launches per year (mostly of its Falcon 9 and upcoming Falcon Heavy rockets) from the 56.5 acre site. Musk plans to make it the main launching site for space tourists and missions funded by companies and foreign governments in the future, while still sending NASA-funded rockets off to space from Cape Canaveral in Florida.

We're still in the dark when it comes to the complex's details, but Bloomberg believes that it'll have an "ultrafuturistic design." Its launchpads might also have a number of automated implements to make transitions from one launch to the next a lot faster. You see, Musk might be content with 12 launches per year for now, but he ultimately wants to do several per day once traveling to Mars isn't but a science fiction plotline. He wants to be able to quickly send off people and equipment to the red planet to make building colonies possible by letting machines set up, refuel and ultimately, launch rockets with limited human input. We've yet to hear when the site's expected to become operational, but we'll inform you when we find out.

Source: Bloomberg Businessweek, Statesman, FAA
In this article: ElonMusk, Falcon9, rocket, space, SpaceX
All products recommended by Engadget are selected by our editorial team, independent of our parent company. Some of our stories include affiliate links. If you buy something through one of these links, we may earn an affiliate commission.