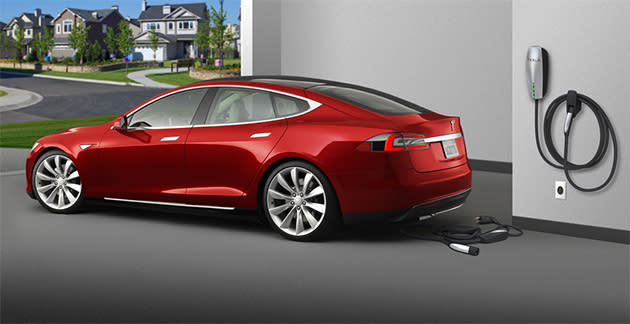 If you Keystone Staters are looking for a more elegant, environmentally friendly way to transport cheesesteaks and Wawa hoagies, your time has nearly come. Pennsylvania governor Tom Corbett signed a bill yesterday allowing Tesla to open up five "dealerships," which means you'll soon be able to buy yourself a Model S without jumping through all those traditional (and awful) hoops. Once you've visited a location to see Elon Musk's work in action, you order one online and wait. Simple as that. As the Associated Press points out, the law opens the door for any other electric car company to do the same, assuming it doesn't try to sell (or have a vested interest in selling) cars from other manufacturers. Hilariously, neither Senator John Rafferty -- the guy who sponsored the bill -- nor other state officials could explain how Tesla got the go-ahead when it opened one such store in mid-2013.

Credit where credit is due, the Pennsylvania House of Representatives laid the groundwork earlier this month by voting to limit the number of open Tesla retail stores to five. Why? Well, the same reason as always, really -- plenty of traditional car dealerships don't like the idea that a car manufacturer can hire its own sales staff and pitch vehicles straight to folks like you and me. You can't really blame them for it that much either, since plenty of states have longstanding laws in place that make such sales verboten. We're slowly starting to see those restrictions erode though, and that's a very, very good thing for a generation raised on the simplicity of the single-click purchase.

In this article: car, electric, electriccar, pennsylvania, tesla
All products recommended by Engadget are selected by our editorial team, independent of our parent company. Some of our stories include affiliate links. If you buy something through one of these links, we may earn an affiliate commission.