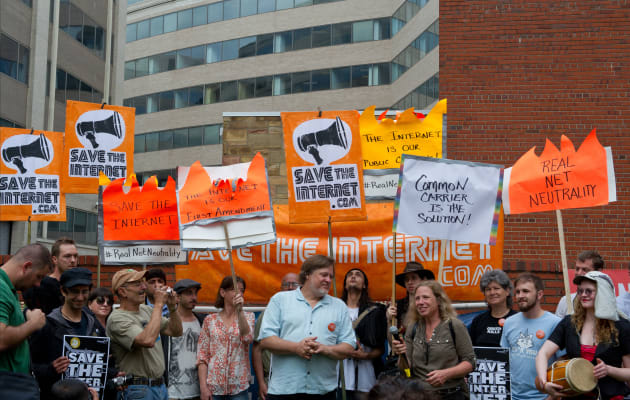 The FCC asked for comments on its proposal for a new version of net neutrality -- that sets up rules allowing ISPs to sell access to "fast lanes" -- and the internet has responded loudly. Over 647,000 messages were received as of last week, and today the commission announced that because of problems with its website, it's extending the deadline until midnight on Friday. Last night folks on Reddit noticed the counter for comments received was suddenly bouncing around, but it appears that the "overwhelming surge in traffic" is just overloading the system. If the electronic comment system isn't working for you, there's still the openinternet@fcc.gov email address available, and as astounding as it seems, FCC Special Counsel Gigi B. Sohn says every single comment received will be read by FCC staff.

In light of problems with our filing system, @FCC just extended deadline to file #netneutrality comments until Friday July 18.

So many net neutrality comments that FCC's servers are crashing. New extended deadline is Friday: https://t.co/Darkq5aRwQ

Source: FCC
In this article: fcc, netneutrality
All products recommended by Engadget are selected by our editorial team, independent of our parent company. Some of our stories include affiliate links. If you buy something through one of these links, we may earn an affiliate commission.