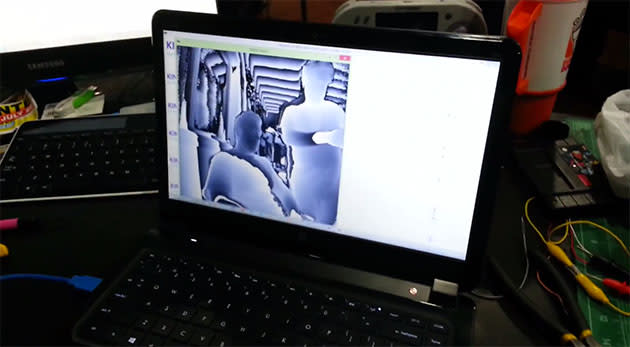 Microsoft famously said the Xbox One Kinect wouldn't work on a PC, but hackers have already done the trick mere days after the release of the Kinect for Windows v2.0 SDK. As shown in the video below, they managed to rewire a USB 3.0 cable to pair it with a laptop, giving them access to the depth sensor. The pair work at Hyperkin (which happens to sell gaming accessories), and plan to make a retail version of the cable available. Kinect for Windows 2.0 is already up for pre-order, but such a cable could be handy if you can't wait to get one, or don't want to splurge for a redundant Kinect. The Xbox 360's sensor was hacked in a similar way, but the Kinect 2's hardware is far more powerful. On a PC, it could function as a motion capture device or map a 3D environment, to name just a few examples -- far more interesting applications than Just Dance.

In this article: hack, kinect, KinectForWindows2.0, microsoft, SDK, Sensor, XboxOne
All products recommended by Engadget are selected by our editorial team, independent of our parent company. Some of our stories include affiliate links. If you buy something through one of these links, we may earn an affiliate commission.