The gorgeous faces and stunning cinematography of 'Until Dawn' 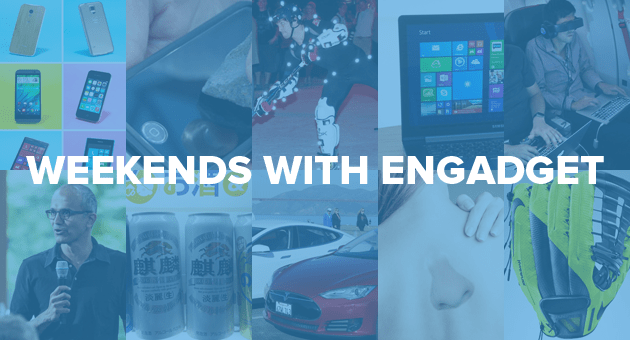 This week, we learned about the dangers of stem cell treatment, explored the world of 3D motion capture and went on a vending machine shopping spree in Tokyo. Read on for Engadget's news highlights from the last seven days. Oh, and be sure to subscribe to our Flipboard magazine! Stem cells have the potential to be one of modern medicine's most promising advances and we're still learning a lot about how they work. A paralyzed woman in the US discovered this, after an experimental treatment caused her to grow a nose-like tumor on her back. The virtual simians in Dawn of the Planet of the Apes are impressively lifelike, but 3D motion capture animations haven't always been so awe-inspiring. Read on as Steve Dent explains the history behind this century-old technique. If you've ever had to break in a new baseball glove, you know that the process take time -- usually a few months at best. Not so with Nike's new fielding mitt.

Why is it so hard to buy a Tesla? It's a combination of archaic laws and a stubborn automotive industry. The top 15 smartphones you can buy right now

What are the top smartphones on the market today? Our new buyer's guide has you covered. Boom! You're welcome. What do 45th wedding anniversaries and next gen smartphones have in common? Sapphire, that's what. This nearly indestructible gemstone makes the toughest displays on earth, but not without a hefty cost. Microsoft cuts 18,000 jobs as part of its largest layoff ever

Microsoft announced the biggest round of layoffs in company history, giving 18,000 workers their walking papers. CEO Satya Nadella explained that the company's new strategy is designed to make it "more agile" moving forward. Samsung's latest ultrabook is here. How does the ATIV Book 9 2014 Edition hold up to the competition? Check out Dana's review for all the details.

In this article: 3dmotioncapture, microsoft, nike, sapphire, stemcell, tesla, tokyo, twr, weekendswithengadget
All products recommended by Engadget are selected by our editorial team, independent of our parent company. Some of our stories include affiliate links. If you buy something through one of these links, we may earn an affiliate commission.