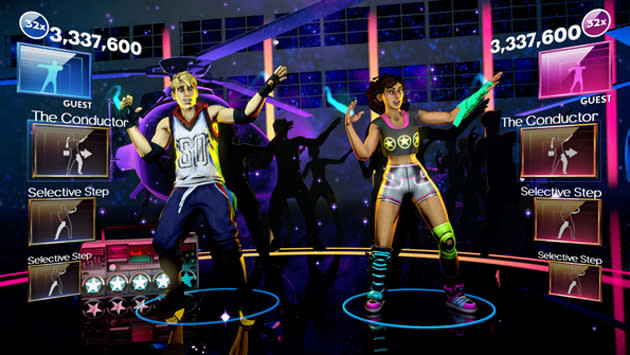 So the Kinectless Xbox One has arrived, and you're now left wondering if the motion sensor from your launch-era system will ever be useful for more than starting games and taking orders from Aaron Paul. Thankfully, it should for at least a little while -- Harmonix has announced that Dance Central Spotlight will be available to download from the Xbox Store on September 2nd. The $10 rhythm title will include 10 core songs from big-name artists (the full list is below), with five extra tracks purchasable from the get-go. If you're a veteran from Dance Central's Xbox 360 days, any tunes you bought in the past will carry over to the Xbox One. We can't promise that your Kinect will get much more attention in the long run, but it's nice to have a reason to keep the once-standard peripheral attached for just a bit longer.

In this article: dance, dancecentral, dancecentralspotlight, dancing, gaming, harmonix, kinect, video, videogames, xboxone
All products recommended by Engadget are selected by our editorial team, independent of our parent company. Some of our stories include affiliate links. If you buy something through one of these links, we may earn an affiliate commission.