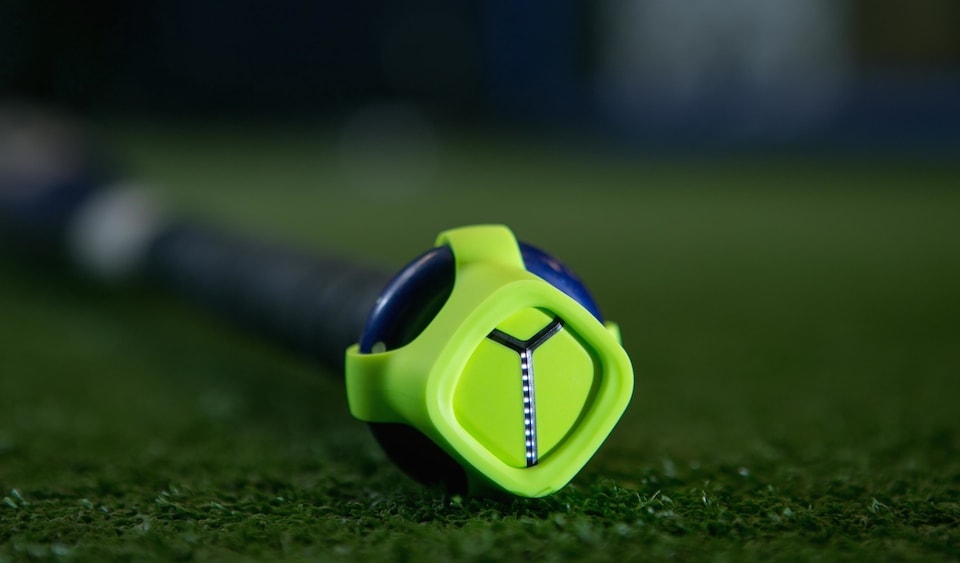 As someone who doesn't play baseball often, if ever, I need all the help I can get. But since America's Pastime isn't my first sport of choice to practice, I'm okay admitting how extremely terrible I am at it. For others, however, things might be a little different. Whether it's kids who are just starting to play the game or those who would like to make a career out of it, Zepp Labs, creator of the GolfSense, believes it has made something that can help them along the way. Enter the Zepp baseball swing analyzer, an itty-bitty sensor that attaches to a baseball bat and can be utilized to record a ton of useful information, with the ultimate goal being to use this data to help improve your skills. Zepp also does the same for other sports -- that same sensor works with golf or tennis sessions; you just need a different mounting kit for each.

On the baseball (or softball) front, it's as easy as placing the sensor inside the rubbery holster and, subsequently, securing it around the bottom of the bat. At roughly six grams (the rubber mount adds 13 grams), the only element reminding you of its existence is the big, bright, greenish-yellow color it features; otherwise you wouldn't even know it's there. Once you actually get going, the companion app, available for iOS and Android, takes care of showing you the results of your swings, including how fast you're hitting the ball and the amount of time it takes for you to make contact. Additionally, Zepp's device can determine the exact shape and angles of your swing, which you, or your coach, can later analyze and break down to determine what you need to do better next time out. The app does a great job of compiling all that data and making it fun to look at -- for example, the 3D viewer lets you see your swing from various angles, from start to finish. 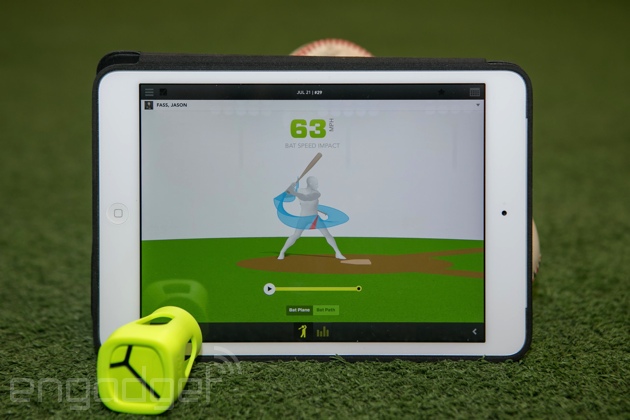 Of course, not everyone is able to perform at the same level, and that's why Zepp made it easy to adjust goals depending on where people think they fit in. In my case, I set up a session with a Bat Speed Impact goal of 73MPH, to which I fell extremely short by taking a swing of 59MPH. Embarrassing, I know, but it got even worse: At one point, I managed to completely miss a ball that wasn't even pitched at me (!). Thankfully, I had other people around who could make better use of the tiny device. Regardless of my subpar baseball skills, though, the Zepp sensor performs as advertised. At $150, it may not be for everyone, but there's definitely a market for it.

"The biggest thing in this wearable space is capturing meaningful data and [using] it properly."

Zepp Labs CEO Jason Fass told me that his product, despite its short history, has already been adopted by "a number" of Major League Baseball teams, though he didn't go into any further specifics. "The target market isn't just kids," he said. "I think the biggest thing in this wearable space is capturing meaningful data and [using] it properly." Fass also said to me that while the focus right now is on the current-generation Zepp sensor, the plan is to continue to expand the technology to more sports next year, including both types of football, which could mean some competition for Adidas' miCoach ecosystem.

11
In this article: Baseball, Golf, hands-on, Sports, Tennis, wearable, Zepp, Zepp Labs, Zepp Sensor, ZeppLabs
All products recommended by Engadget are selected by our editorial team, independent of our parent company. Some of our stories include affiliate links. If you buy something through one of these links, we may earn an affiliate commission.