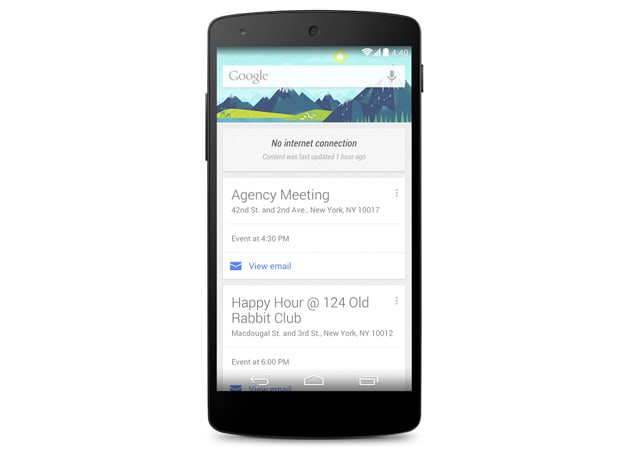 While Apple has teamed up with IBM to get more of its wares into the workplace, it seems Google is looking to do the same with partners of its own. The Information reports that Google is in talks with HP and others to leverage its card-based Now system for enterprise use. While the negotiations began a year ago, HP has moved forward with its own "Enterprise Siri" project to boost mobile search for businesses. Integrating Now with office-friendly apps will be a chore, as the search option doesn't currently leverage data or abilities outside of Google's suite -- like Cortana and Siri do for certain applications. As you might expect, the conversations seem to be just that at this point, so there's no clear indication of a timetable for a partnership announcement or product release.

Source: The Information
In this article: android, business, enterpirse, google, googlenow, hp, mobilesearch, search
All products recommended by Engadget are selected by our editorial team, independent of our parent company. Some of our stories include affiliate links. If you buy something through one of these links, we may earn an affiliate commission.