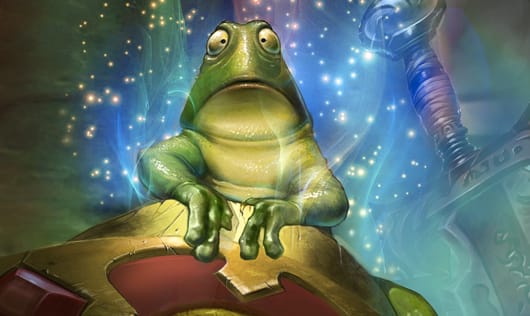 Blizzard's collectible card game Hearthstone is rapidly building an audience, but it's also common for fans of the game to say "X is overpowered, when are they going to fix it?" We discussed with Senior Game Producer Yong Woo at Gamescom when they're finally going to nerf priests and give hunters back the full power of "Unleash the Hounds."

"One of the advantages of [Hearthstone] being a digital card game is we get to see everything. How people are playing, how people are winning. What's interesting and fun for us to watch is sometimes the gap between the reality of what's happening and perception," said Woo.

He also had a recommendation for anyone interested in doing statistical Hearthstone research, saying, "For players who are interested in analytics and geek out on that stuff, I would recommend they check out Hearthstats."

Woo notes that Hearthstats is a community driven effort and it doesn't have the critical mass of data like Blizzard, which means it won't be 100 percent correct, but it gives a shape to what's going on in "the meta." The meta being the analysis of the game's composition, rather than how it's played. He calls it a "glimpse" at the type of data Blizzard is collecting on the meta of card collection and deck creation.

Woo explains that at the higher levels the meta changes with the tides. "The gap and ratio of win rate is really, really tight. Any percentage is a hard fought percentage. So, say you have a deck that's winning 55 percent, that deck is considered overpowered and is doing incredibly well."

With all that said, Blizzard isn't out to make a mathematically perfect game with Hearthstone. There are moments when Hearthstone is being "designed by emotion," to alter perceptions of player frustration and annoyance.

"It's all about us giving the community the tools to figure out their own solution, this is why we are often reluctant to talk about buffing and nerfing, which are concepts of traditional video game development," said Woo. "We don't want you to come up with a clever way to play and then have that taken away, what we want to do is add more tools to the environment so that when your opponent faces your clever idea, they have a clever idea to counter it. We want that to be the dialogue."

Blizzard's Hearthstone is currently wrapping up the five-part release of the Curse of Naxxramas adventure and is working on a Hearthstone expansion, along with a spectator mode.

In this article: Blizzard, Blizzard-Entertainment, gamescom, gamescom-2014, hearthstone-heroes-of-warcraft, mobile, pc, yong-woo
All products recommended by Engadget are selected by our editorial team, independent of our parent company. Some of our stories include affiliate links. If you buy something through one of these links, we may earn an affiliate commission.