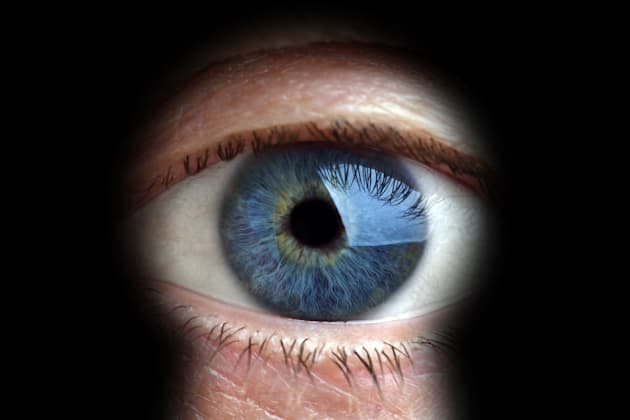 We live in an imperfect world, full of imperfect beings, but if everyone declared that they had nothing to hide, would that make us better people? It's a question that one man is hoping to answer by opening up every aspect of his life to the world's scrutiny for a whole year. Anti-privacy activist Noah Dyer believes that unless people choose to abandon privacy, society will never improve. In his mind, the information imbalance between bodies like the NSA and individuals encourage abuse and poor decision making that those affected, cannot see or question. It's a subject that Dyer is sufficiently passionate about, he handed over his email account to The Atlantic for detailed inspection.

Of course, Dyer requires our support for his experiment, since the college professor can't purchase the same level of surveillance apparatus that the government uses. That's why he's asking for $300,000 to hire crews to film his every moment, as well as equipment and hosting for a live stream that'll be broadcast online. He promises that, logistical and technical hurdles aside, he'll offer footage of his entire life, including eating, sleeping, spending time with his kids and even going to the bathroom. In those tender moments, however, he requests that you respect his privacy, but won't shut the cameras off.

If he raises up to $700,000, then Dyer will also run for political office in 2016 - although Kickstarter expressly forbids political donations - and will remain under constant surveillance throughout his term. Should that figure, somehow, reach $1,000,000, then Dyer will also set up an "anti-privacy ashram" for others to live their lives under constant surveillance, complete with glass bathroom stalls and Arianna Grande's brother... sorry, we got a little confused there.

Noble as Dyer's aims are, we're fairly sure that a society in which everyone is as nude as each other is not one we'd particularly enjoy living in. After all, the bulk of our lives are spent trying to compensate for our imperfections and pretending that we're all not as gross as we secretly are. As The Atlantic comments, saying you have "nothing to hide" opens you up to declaring every illness you've ever had, revealing every relationship you've broken and broadcasting your children's most traumatic experiences to the world. Still, I wish the experiment all the best. After all, it makes a great counterpoint to the people I met while researching How To Disappear Completely.

In this article: Noah Dyer, NSA, PRISM, Privacy, video
All products recommended by Engadget are selected by our editorial team, independent of our parent company. Some of our stories include affiliate links. If you buy something through one of these links, we may earn an affiliate commission.