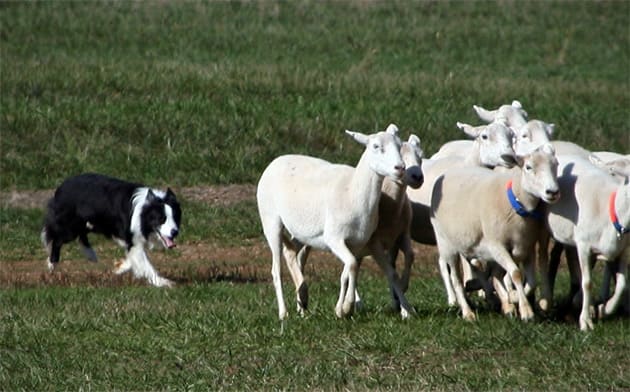 Here's a noodle-scratcher to occupy yourself with for a few moments: what makes a sheep dog so darned good at rounding up the woolly ruminants they're named after? A possible answer - according to The Telegraph, researchers at Swansea University believe those dogs are constantly searching for and minimizing the gaps between the sheep before it herds them all forward. What's the big deal? Well, those very same researchers think that behavior can be boiled down into an algorithm that could be used to (among other things) program robots to replace those savvy canines. Sure, some old-school shepherds may scoff, but using awkward-looking machines to round up livestock isn't exactly new territory. And if a robot can "understand" how to steer some relatively dumb animals around a field, it stands to reason that logic could be used to guide other organisms around... like humans trying to escape a burning building, for instance. No, really! Swansea University's Dr. Andrew King says there's a whole host of ways to adapt that animal knowledge into robotic know-how, like "crowd control, cleaning up the environment, herding of livestock, [and] keeping animals away from sensitive areas".

Source: The Telegraph
In this article: algorithm, animals, herding, machinelearning, robots, science
All products recommended by Engadget are selected by our editorial team, independent of our parent company. Some of our stories include affiliate links. If you buy something through one of these links, we may earn an affiliate commission.