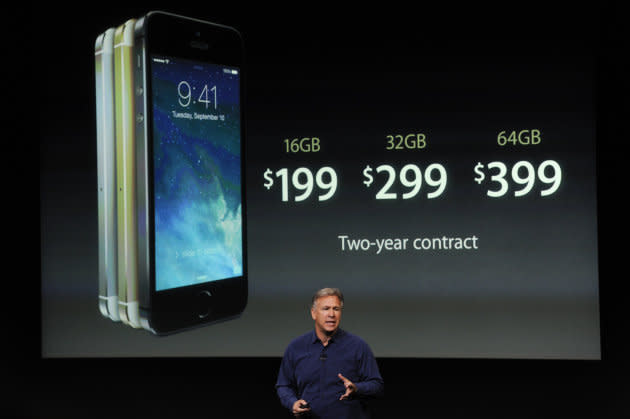 Smartphone prognosticators have claimed for years that the next iPhone would have NFC for mobile payments, and for years they've written follow-ups explaining why it never happened. As always, there's plenty of NFC smoke in the air, but is there actually a fire? A new report from Wired's Gadget Lab says yes - according to the usual unnamed sources, Apple's going to show off a shiny new mobile payments platform at its September 9 event (we're still waiting for our invite) and NFC is expected to play a part. Just how big a part remains shrouded in mystery -- after all, Apple SVP Phil Schiller said at an AllThingsD event that NFC wasn't a solution to any current problem consumers faced.

As always, you should take such notions with a grain of salt, but Wired's is the latest in a litany of reports that claim that NFC is really happening this time. Putting aside the fact that the Wall Street Journal and The Information have pointed to the existence of Apple's payments plans, sites like VentureBeat and BrightWire have spoken to sources who have also said NFC will appear in the iPhone 6, echoing sentiments delivered by KGI Securities analyst Ming-Chi Kuo. Oh, and let's not forget the purported logic board schematics making the rounds purportedly reveal right where the NFC chip will sit. That's arguably too much chatter to dismiss at this point in the game -- thankfully, we shouldn't have to wait long to find out for sure.

In this article: apple, ios, iphone, iphone6, mobilepayments, mobilepostcross, nfc, payments, poll, wedgies
All products recommended by Engadget are selected by our editorial team, independent of our parent company. Some of our stories include affiliate links. If you buy something through one of these links, we may earn an affiliate commission.