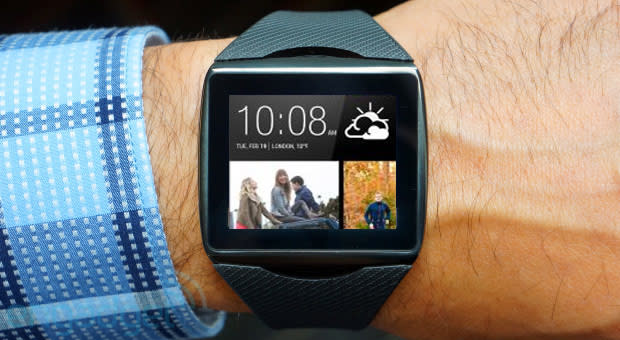 These days it seems like nearly every smartphone maker also has a smartwatch under its belt? Motorola? Sure. LG? It's got two. Samsung? We don't even need to go there. HTC has generally seemed content to avoid the fray, but according to a report from Pocket-Lint it wasn't because they wanted to. The company planned to launch a smartwatch of its own before shelving the idea thanks to ballooning costs and a dearth of pizzazz -- we reached out to the company, which declined to comment. Earlier reports suggested that HTC was shopping around a wearable prototype that used one of Qualcomm's Mirasol displays -- they're low-powered color screens that offer pretty impressive legibility in broad daylight, but they never quite caught on with gadget makers. As always, you'll want to take those findings with a grain of salt, but if true HTC almost assuredly made the right decision. There's a surge of Android Wear smartwatches come out of IFA, Apple's got a wearable of its own barreling down the pipeline and there's no clear indicator that the masses actually want these things on their wrists. For HTC (and other companies weighing their options), the winning move may be to not play the game.

In this article: android, htc, mobilepostcross, mwc, smartwatch, wearable
All products recommended by Engadget are selected by our editorial team, independent of our parent company. Some of our stories include affiliate links. If you buy something through one of these links, we may earn an affiliate commission.