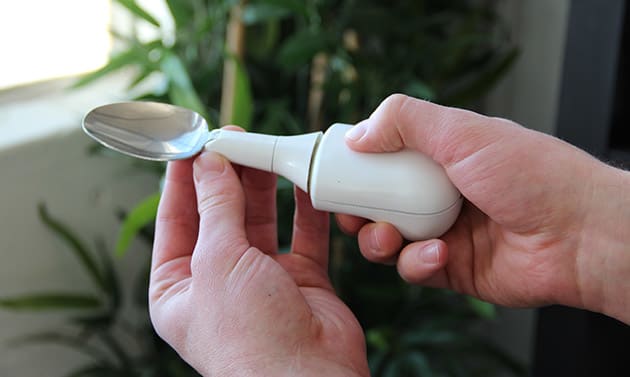 A new technology's joining those diabetes-monitoring contact lenses at Google X's Life Science division, one that'll make eating a lot easier for people with Parkinson's or essential tremor. This technology takes the form of a spoon that vibrates to counteract its users' tremors, making it possible to eat without spilling food. It's called Liftware, and it was designed by San Francisco company Lift Labs, which Google has just acquired and integrated into its moonshot division, with all its other far-out, ambitious projects. Liftware's makers designed it, so those afflicted with the aforementioned conditions can still function independently and socialize during meals. The company's founder Anupam Pathak even believes his high-tech utensil's technology could be used for things like keys, make-up brushes and other handheld tools. With Google's money now backing the project, who knows -- that might actually happen in the future.

Source: The New York Times, Google+
All products recommended by Engadget are selected by our editorial team, independent of our parent company. Some of our stories include affiliate links. If you buy something through one of these links, we may earn an affiliate commission.