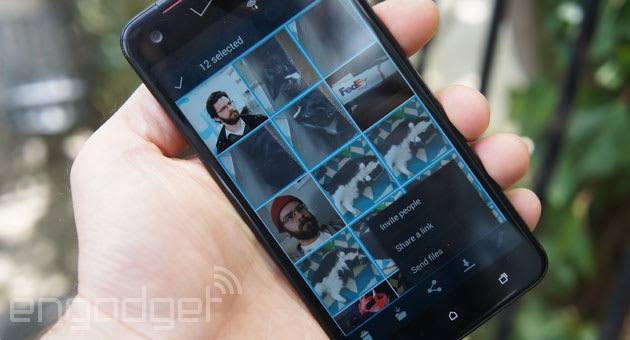 Looking for some OneDrive news? Good, because we've got it. First up, now you can upload files as big as 10GB using the Mac and Windows desktop apps, and all of the mobile applications, according to Microsoft. Redmond says that its also increased the amount of simultaneous uploads and downloads which allows for faster syncing as well. Perhaps the biggest new bit, though, is the ability to get shareable file-links directly from Windows Explorer without the hassle of going to the web client and copying the file-address that way. It sounds a whole lot like what Dropbox has been doing for awhile now, and Microsoft says that this was a top feature request. Last but not least, the outfit says that it's worked to bring dragging and dropping folders directly into the OneDrive website via browser, specifically namedropping Chrome, into the fold too. If there's anything else you want to see in the app, drop Redmond a line -- it seems like those requests don't fall on deaf ears.

Source: OneDrive Blog
In this article: CloudStorage, DropBox, microsoft, mobilepostcross, onedrive, skydrive, update
All products recommended by Engadget are selected by our editorial team, independent of our parent company. Some of our stories include affiliate links. If you buy something through one of these links, we may earn an affiliate commission.