Panasonic's behemoth camera phone hits the US for $1,000 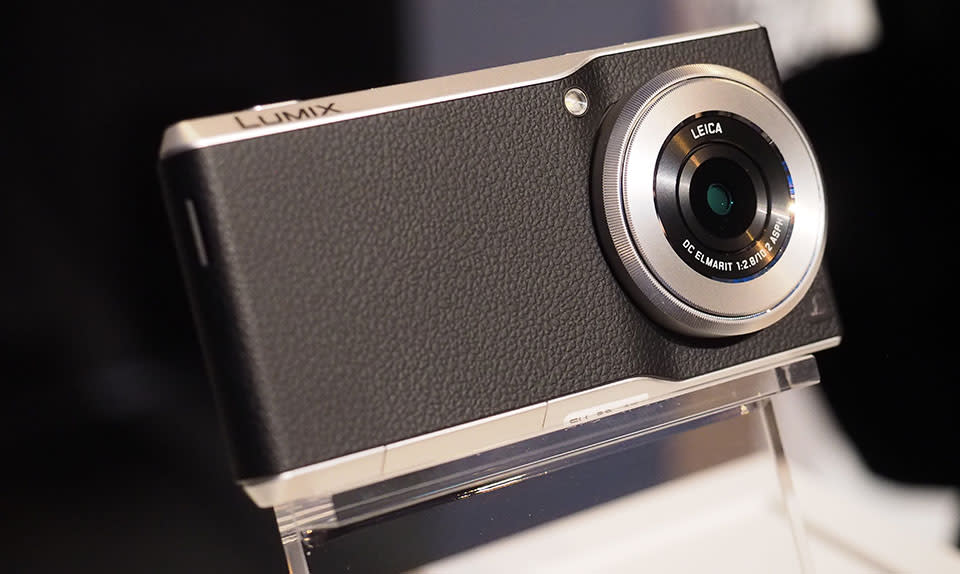 Compact, point-and-shoot cameras are dying, simply because people would rather use smartphones and tablets to snap their dinner and instantly share them to Instagram. Unfortunately, that's a segment of the market that Panasonic abandoned (at least in Europe) back in 2013. That left the company without a convincing rival to the Lumia 1020 and Samsung's various phone / camera hybrids. That's why the company has now launched the DMC-CM1, a "connected camera" (i.e. a smartphone with a proper lens) that's capable of taking 20-megapixel stills and record 4K video thanks to a one-inch MOS sensor. For its part, Panasonic knows that the device won't beat equivalent smartphones on a spec-for-spec basis. Instead, it wants people to concentrate upon the photographic equipment that's been crammed into this slender device. Perched atop the aforementioned one-inch sensor is an f/2.8 Leica DC Elmarit lens. The lens is fixed, but works equivalent to a 28mm zoom lens, packing an aperture that'll run all the way up to f/11. A manual control dial runs around the lens, which you can assign to a function of your choice, lending this an old-school feel. In fact, the CM1 looks like the Lumia 1020 by way of Dieter Rams, all austere chrome with cracked-leather style back, and has a weird retro-futuristic look that's tremendously attractive.

On the surface of it, it's no slouch in the phone department either, packing a 4.7-inch full HD touchscreen that'll offer full manual control of your images. Sandwiched between the frame is a 2.3GHz quad-core Snapdragon 801 with 2GB RAM and Android 4.4. The 16GB of internal storage can also, thankfully, be improved with microSD cards up to 128GB in capacity. Battery-wise, there's 2,600mAh unit lurking inside the hardware, although we'd be concerned that it won't hold enough juice to get you through a full day of snappin' and callin'. If there is one downside, it's that the CM1 is only earmarked for release in France and Germany of Christmas of this year. Still, we imagine that plenty of camera enthusiasts will be racing to get back in contact with some long-lost Gallic grandmother in the hope of scoring one of these as a present.

In this article: CM1, Connected Camera, DMC-CM1, hands-on, Leica, Panasonic, Photokina, Photokina2014
All products recommended by Engadget are selected by our editorial team, independent of our parent company. Some of our stories include affiliate links. If you buy something through one of these links, we may earn an affiliate commission.