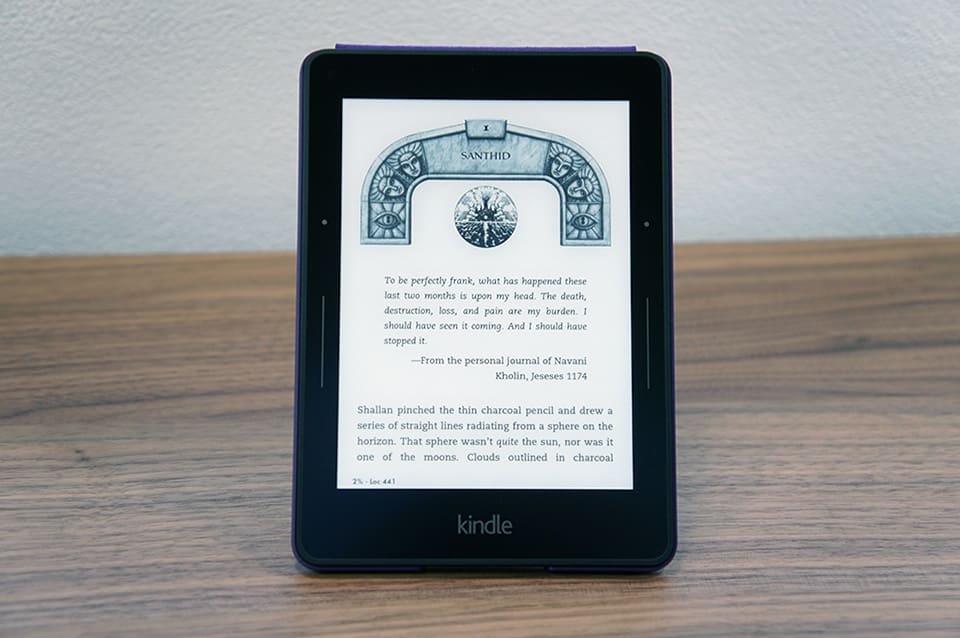 Perhaps Amazon sold a lot of 3G Paperwhites without special offers. Or maybe Kobo's Aura HD has quietly taken the world by storm and Jeff Bezos decided he needed an answer. Whatever the impetus, Amazon has decided there is room in the world for a $199 e-reader. The Kindle Voyage was built for people who "love to read." Clearly the company thinks there is a place out there for a premium e-reader and, while we can't vouch for the vibrancy of the high-end e-reader market, we can confirm that Amazon has put together a stunner of a device. The familiar Kindle software has even picked up some neat new software tricks that the Voyage taught its more budget-minded siblings.

Gallery: Hands-on with the Kindle Voyage and the updated Kindle family | 18 Photos In many ways, the Voyage looks like your standard e-reader. It's small, rectangular and there's a crisp, beautiful E Ink screen up front. But once you start poking at it a bit, you realize this is a different beast from most of its predecessors. For one, like the Kobo Aura, the screen is flush with the body -- there's no raised bezel here. Secondly, the materials are decidedly more luxurious. The shell is made of a gorgeous matte magnesium that would feel at home on Lenovo's top-of-the-line ThinkPads, while the front is a chemically hardened glass. That plate of glass is also micro-etched, which pretty much eliminates glare and lends a pleasing texture to the device. Amazon likes to say it feels like paper and, while that's a bit of a stretch, the company isn't completely off base. The small amount of resistance the etching adds delivers a tactility that is missing from a smooth, glossy panel. 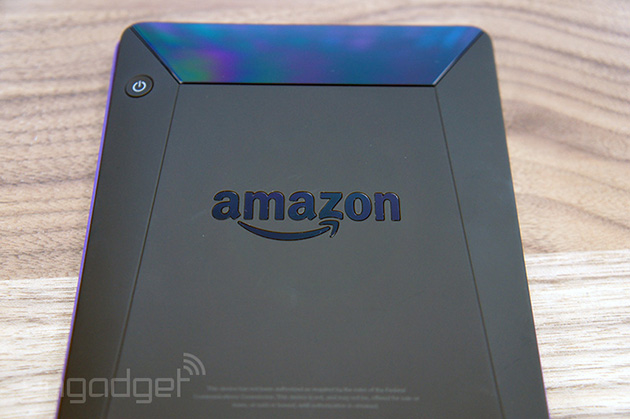 Underneath the glass is a next-generation Paperwhite display that packs 300 pixels per inch in a 6-inch panel. To say text and images were "crisp" would be an understatement. Simply put, it's the best screen we've ever seen on an e-reader. Even on complex images, you'd be hard-pressed to spot an individual pixel. And the lighting continues to be in a class above most of its competitors -- it's smooth, even and almost blinding at its highest settings. Amazon even sneaked some sensors into the Voyage, which allow it to automatically adjust the front light based on your surroundings.

The Voyage is also incredibly thin and light. At 7.6mm, it's the thinnest Kindle yet and only 0.1mm thicker than an iPad Air. Obviously, we couldn't sit and read for hours on end during our brief introduction to the device, but we can't imagine you'd have any trouble holding it. And, even if your arm did get tired, there's an Origami cover that can also act as a stand for your Kindle.

The Voyage also marks the return of page-turn buttons... sort of. Underneath the bezel is a force sensor that can trigger "PagePress" -- Amazon's fancy way of describing turning the page without touching the screen. You can still swipe if you want, but as any of you who read while standing on a bus or train know, one-handed swiping can be difficult. A small, vibrating motor even provides some haptic feedback to let you know you've turned the page (in case you couldn't figure it out by looking at the screen). 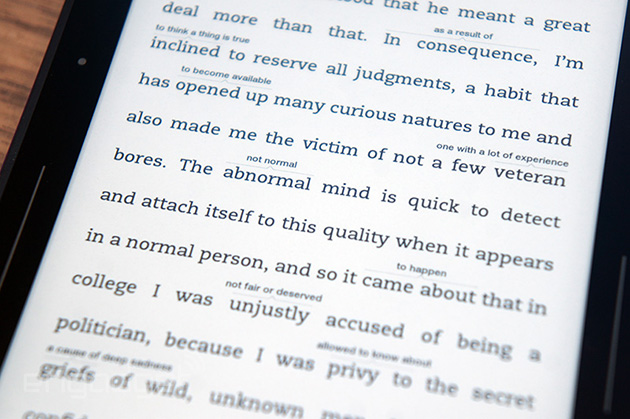 The Kindle software has also picked up a few new tricks. Notably X-Ray has two new modes: an image browser for all your picture-heavy titles, and notable passages, which collects all the most important moments in a timeline view. While you could potentially use it like CliffsNotes, it seems more useful for quickly catching up if you've put a book down before finishing it. (I, for one, could really use this with my copy of The Wilderness Warrior, which has taken me almost three years to read.) There's also WordWise, which puts definitions right on the page as you're reading them. It'll certainly be handy for students working to build their vocabulary, but it's definitely too cluttered to use for everyday reading.

All of the new software features will be making their way to the refreshed Kindle and Kindle Paperwhite as well. The Paperwhite is getting only the mildest of upgrades -- going from 2GB to 4GB of storage. The truly budget $79 Kindle, on the other hand, is getting a relatively significant revamp. The new design, other than its bulky body, is almost indistinguishable from the Paperwhite. The navigation buttons are all gone and the interface has gone all-touch. You also get a much beefier processor and twice the storage as before. While you don't normally think about the processor in your e-reader, as Amazon keeps packing in features, you'll be thankful for the extra horsepower. Even with the new CPU, you'll probably notice a stutter or two as you poke around in X-Ray or start turning on features like WordWise.

Both the Voyage and the new Kindle will start shipping in October and are available for pre-order today. Now all Amazon has to do is convince someone that any e-reader, even one as lovely as the Voyage, is worth $200.

Update: Note that $200 is only the starting price. If you want a Voyage with 3G and no ads you'll have to cough up $289. I don't think we need to spell out how ridiculously expensive that is for an e-reader.

In this article: amazon, e book, e books, e reader, e readers, e-book, e-books, e-reader, e-readers, hands-on, kindle, kindle paperwhite, kindle voyage, poll, wedgies
All products recommended by Engadget are selected by our editorial team, independent of our parent company. Some of our stories include affiliate links. If you buy something through one of these links, we may earn an affiliate commission.