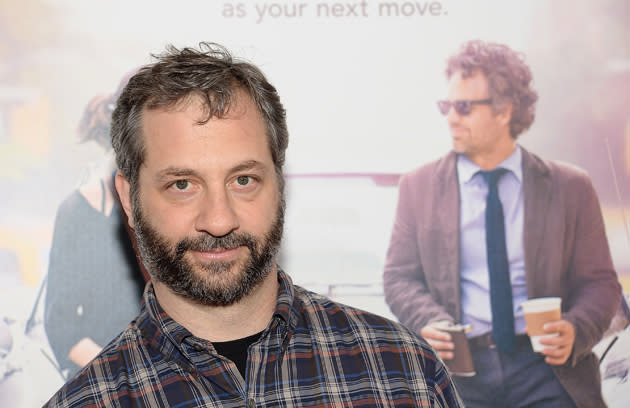 Now that Netflix has a solid (if imperfect) track record with original shows, it appears that the big-name talent is lining up for its chance at creating an internet-only hit. Case in point: the streaming service has reached a deal with Legendary Television to release Love, an "excruciatingly honest" romantic comedy penned by 40 Year-Old Virgin producer Judd Apatow, Inglourious Basterds' Paul Rust and Girls' Lesley Arfin. You won't see the end result until 2016, but Netflix is already confident that you'll like it. The company has already committed to two seasons (22 episodes total) sight unseen -- if you're a fan of Apatow's frequently blunt approach to on-screen relationships, you're going to get your fill.

In this article: hdpostcross, juddapatow, legendary, lesleyarfin, love, netflix, paulrust, streaming, television, tv
All products recommended by Engadget are selected by our editorial team, independent of our parent company. Some of our stories include affiliate links. If you buy something through one of these links, we may earn an affiliate commission.