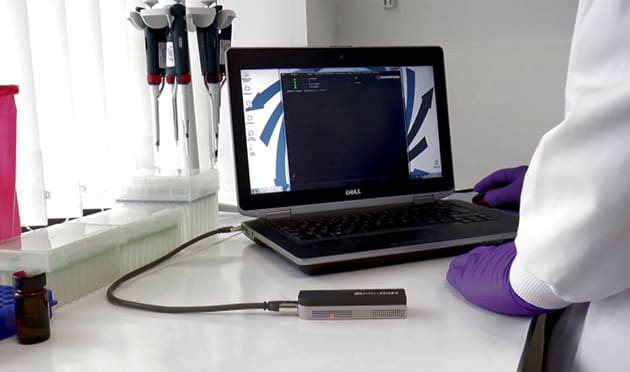 Back in 2012, a UK company called Oxford Nanopore announced a chewing gum packet-sized DNA sequencer, something that people found hard to believe since rival machines can be as big as fridges. After dealing with technical issues and bugs (as well as being accused of launching vaporware), Oxford has finally begun making that device called MinION available to beta testers. Several of the testers (mainly scientists doing research in educational institutions) reported that it only exhibits a 60 to 85 percent accuracy. While that's nowhere near more traditional sequencers' 99.99 percent accuracy, many of the testers still believe that the device could be a game changer due to its size and relatively affordable price. Traditional sequencers could cost as much as $1 million, while the testers bought their MinIONs for only $1,000 each.

The device determines whether a DNA base is A, T, C or G by measuring changes in electrical conductivity while a fragment passes through biological pore. As mentioned earlier, though, MinION is still really glitchy and can't replace current options just yet -- in fact, some scientists are using it to supplement data from traditional sequencers. There's also still no word or pricing for a wider release, but those will likely come when the device is a lot more accurate that it is now. Sadly, David Deamer (the device's creator) can't promise a jump in accuracy enough to match its competitors' right now, but he says improvements will come in the future.

Source: Technology Review
Coverage: Nature
In this article: dna, dnasequencing, medicine, minion, OxfordNanopore
All products recommended by Engadget are selected by our editorial team, independent of our parent company. Some of our stories include affiliate links. If you buy something through one of these links, we may earn an affiliate commission.